Well this week went by fast and I have to admit, I am very happy about that. I hosted a baby shower for my friend at work and spent a TON of time getting ready for it. Can you say CLEAN? My house was a bit of a mess and I even went so far as to organize a few closets. It helped that I deep cleaned a few of the rooms over vacation but I still had a lot to do.

I also baked...a lot. I had a few mishaps with some recipes. I actually tried a cupcake recipe from Pinterest that sounded better then it tasted. In fact, the cupcakes were gross. The frosting to go with it wasn't so hot either. I even put less peppermint extract in that was called for and it was still too minty. It was a disappointment. Then, I burned a big batch of caramel that I was making to fill yet another set of cupcakes that actually came out delicious. It wasn't good. It was better then burning myself, though, which is why the darn thing burned in the first place! Lets just say that I did not make another batch.

To top the week off, I got pink eye. Yes, I work with kids but NO ONE has pink eye right now. How the heck did I get it? My eye hurt like the dickens by the time the shower ended yesterday. My husband picked up the medicine that was called in that my MD said to "only use if you have tried hot compresses for a couple days first." What? Nope. I used the medicine and my eye feels 50% better today. I am hoping for 100% by the time I go back to work on Monday.

The shower went off without a hitch and "I think" my friend had fun. That is all that matters in the end. My only regret? I didn't get a photo of the card I created for her!!! What was I thinking?

Anyway...I did get to make a card at the beginning of this week full of mishaps that made me very happy. It was a CASE of a Shari Carroll card from Simon Says Stamp. However, I did not have the EXACT same stamps or the colors that she used so I improvised. 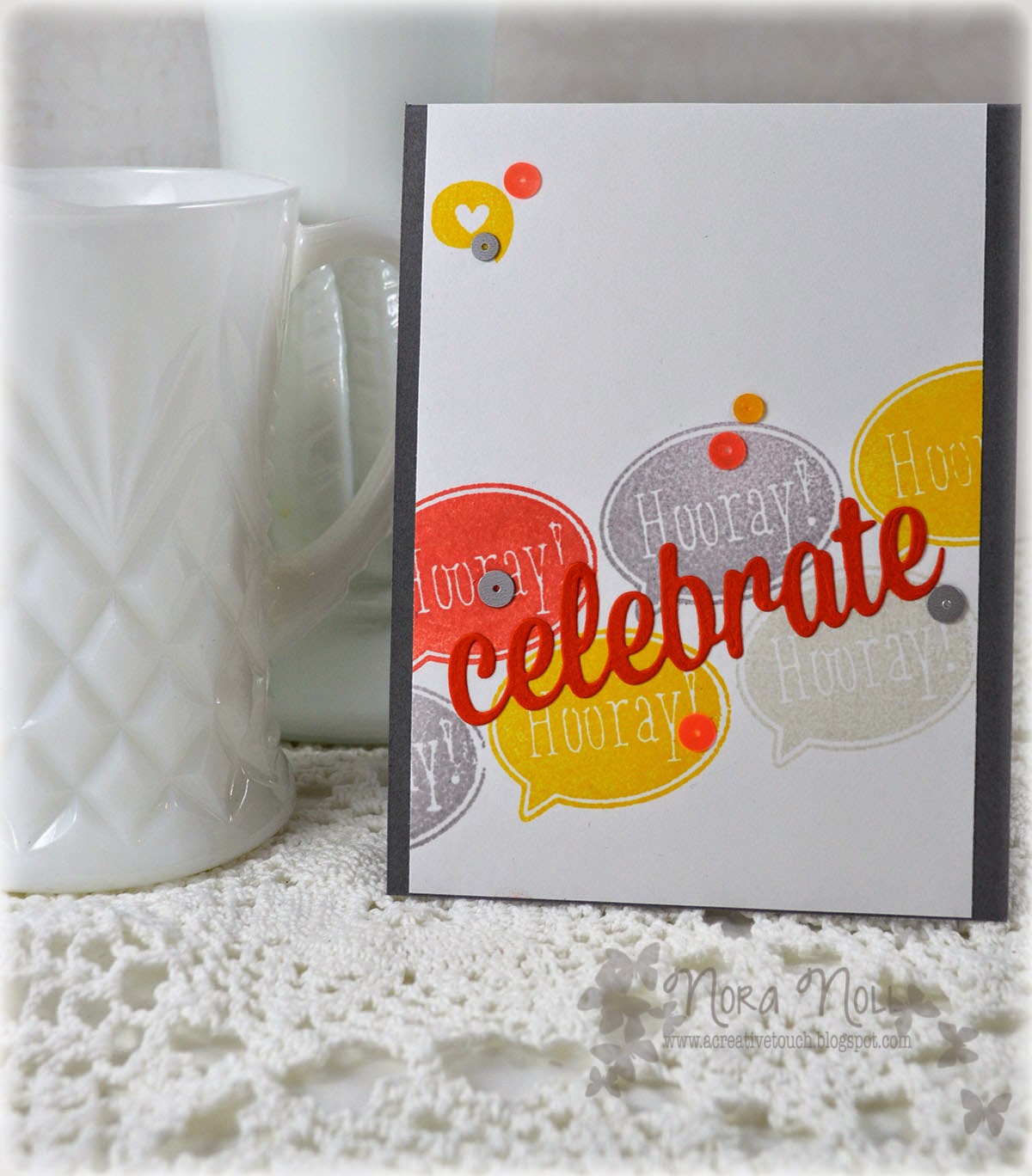 On my card, I used Hero Arts "It's All Good" stamp set for the stamps and My Favorite Things "Celebratory Greetings" die-namics for the greeting. The card below is the card I CASEd.

Shari's card just made me so happy. The colors were bright and just shouted spring to me. I am kind of hankering for warmer weather right now so it was a fun card to copy. 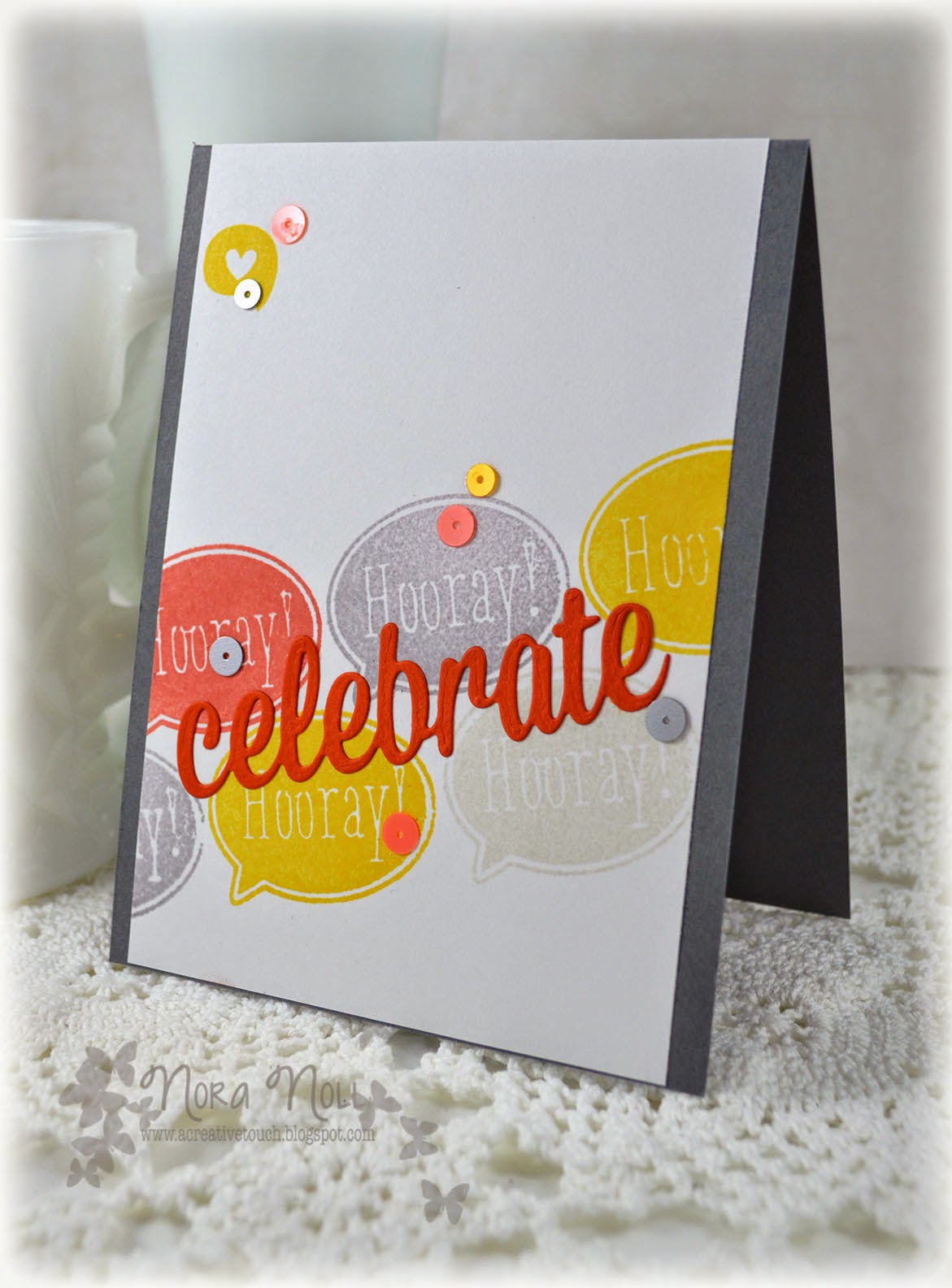 Instead of mounting my card front on white, I chose to make it a bit smaller and mount it on a gray card base. I then used various color sequins to match the inks and sprinkled them around in random way. 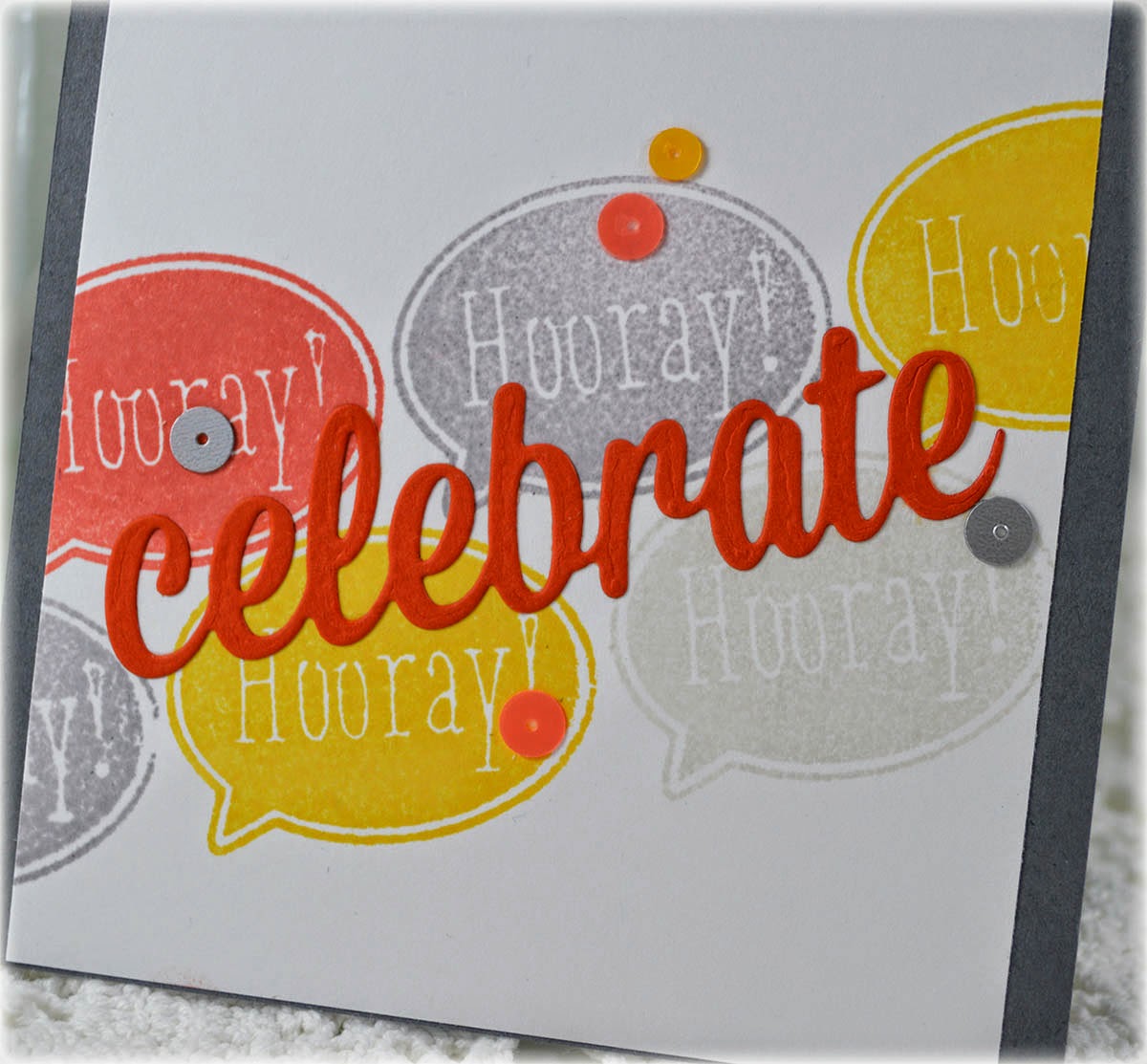 I like how this card came out. I think that I would die cut the sentiment out of white paper next time like the inspiration card. I think the coral is a bit bright and does not match my stamp pad exactly. That kind of bugs me!!

I hope you are having a fabulous weekend and keeping warm. It is a bit nippy out there!! Thanks for stopping by!!