Hello everyone!! It has been crickets here on the blog for almost a month.

I had some computer problems and when my husband tried to "fix" it, (he is a software engineer with experience in mechanical and electrical engineering) I was not able to open up my profile at all!!! Then he bought some memory, thinking that was part of the problem but that wasn't it either. After much speculation I went out and bought a new 21" Mac. My old one was a 27" screen and though I didn't think I would miss it that much, I do. I just couldn't justify the expense right now as we are saving all our pennies for Charlotte's college.

On a different note, I have been creating somewhat. I made a card for CAS(E) this Sketch #241 but never was able to post it. I sent some packages out this week for two college freshman-my nephew and one of my neighbors. The sketch was perfect to make a card for one of them!! 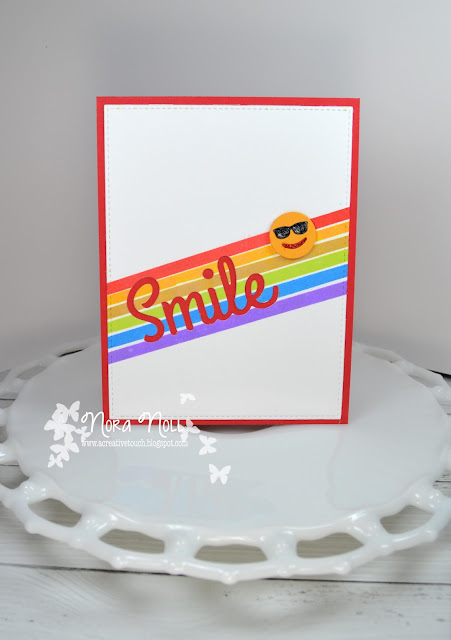 I used Ranger Oxide Ink to make the rainbow stripes and then the CAS-ual Fridays Stamps "Smiling" Fri-dies to die cut the sentiment. 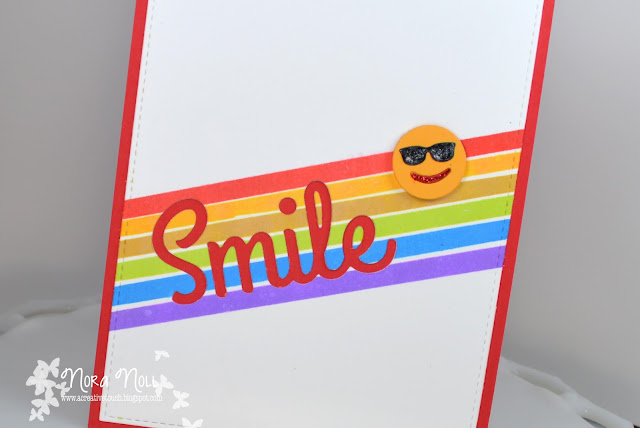 I then added an emoji that I die cut using Spellbinder's "Emojis" dies. I used a bit of "Christmas Red" Stickles on the smile of the emoji, as well as "Clear" Wink of Stella" and Glossy Accents over the sunglasses.

Here is the sketch I used: 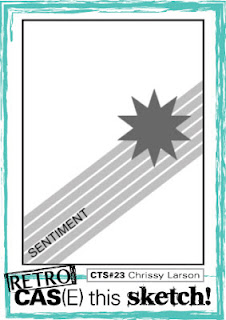 I also created a second card for my nephew using the same products in a different way. Again, I used Ranger Oxide Ink and did some ink smooshing over some watercolor paper. 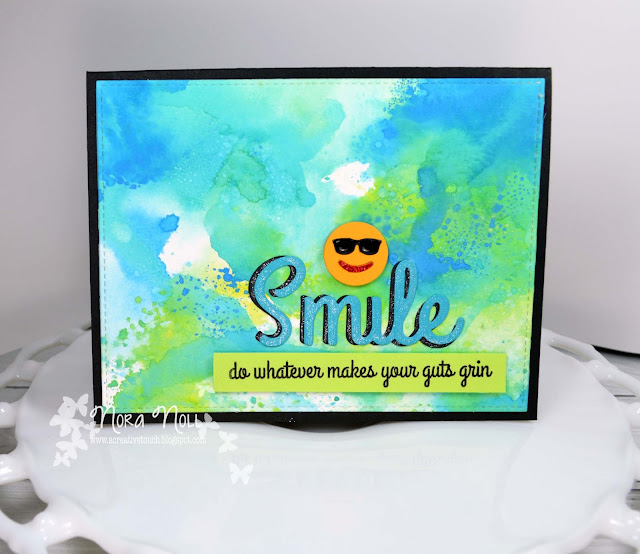 I die cut the sentiment out of black and blue paper, then layered them so that appeared there was a shadow in back of the word. 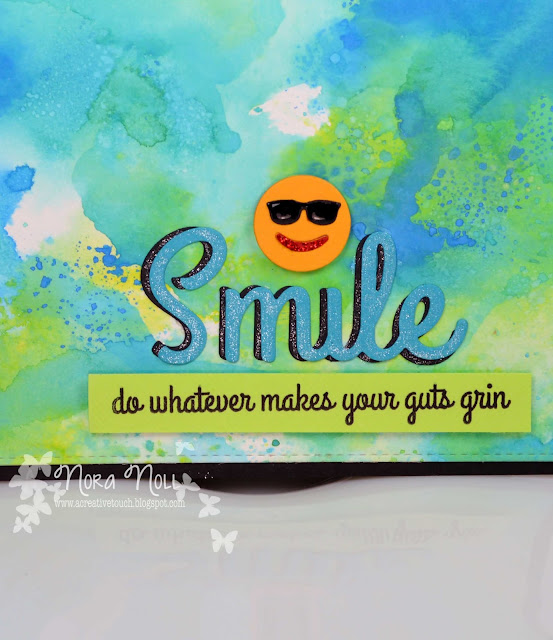 I used my MISTI tool to stamp the sentiment using CAS-ual Fridays Stamps "Sassy Smiles" stamp set and popped it up with some foam tape beneath the sentiment. 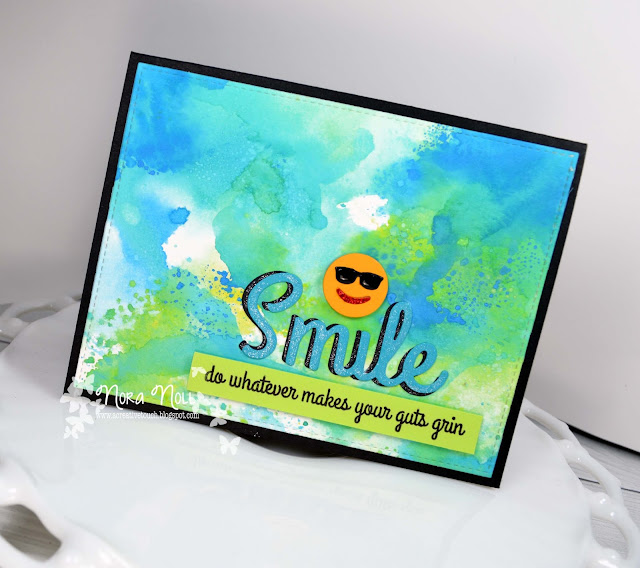 Again, I used a die cut emoji and popped it above the sentiment. I layered the whole panel over a black A2 card base.

That is it for me today. I thank you for stopping by and hope you will all stick with me even though I had a long absence. Now that I have a working computer, all is well in my world!!!

Have a FABULOUS night!!