It is day four of the March release for CAS-ual Fridays Stamps. The Ink Squad is showcasing the new "Pretty Passover" stamp set and the "Star of David Fri-Dies."

I have to admit that I started and discarded more card fronts for this card then I ever have. I tried to foil but I need different embossing powder then I have. I then used glitter embossing powder-total MESS!! I have glitter EVERYWHERE!!! But the card I created is simple but I really like how it came out. 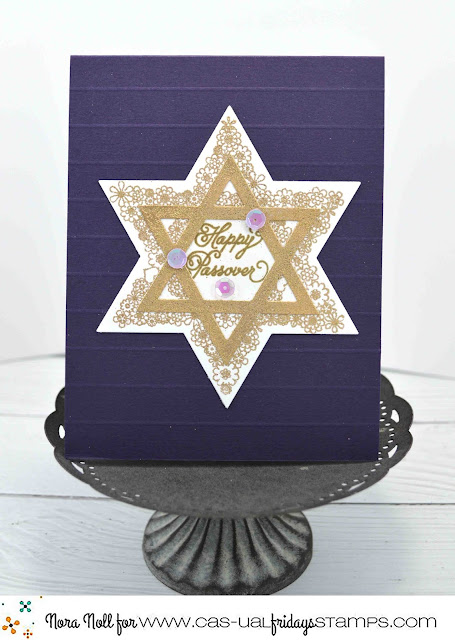 I started by stamping and heat embossing the flower star from the "Pretty Passover" stamp set in gold. I then stamped and embossed the sentiment using the same stamp set. 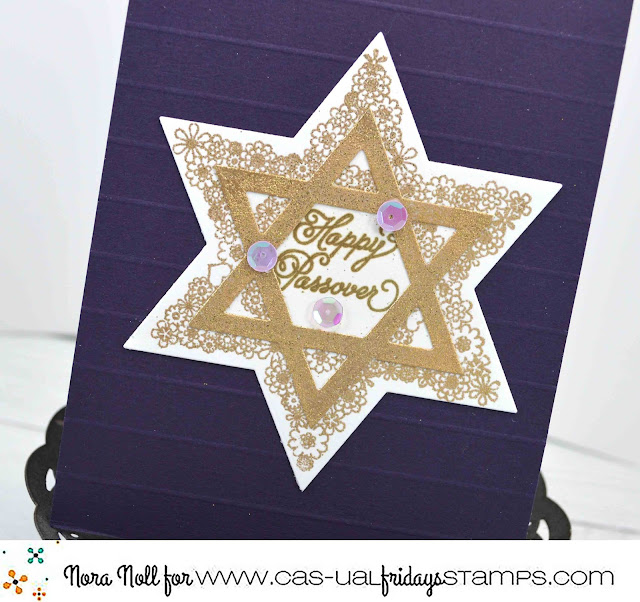 I then die cut the star out using the "Star of David Fri-dies," as well as a second star. The second star I covered in pigment ink and heat embossed in gold glitter embossing powder. I adhered the glittered star over the front of the flowers. 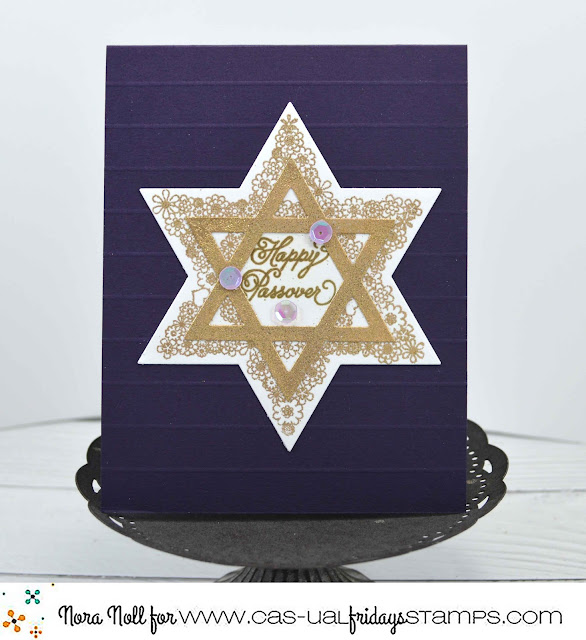 I then adhered this to a purple, embossed A2 card front. I added some purple sequins in a lighter color around the sentiment.

All of the release is now available in the CAS-ual Fridays Store under the NEW section. Use my code NORASENTME to get an extra 15% off your total order. 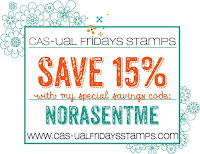 I thank you for taking the time to stop by. Tune in tomorrow for day five of the new release!!