Yesterday felt like a Thursday so today was a disappointment to me!! Not really but it was LOONNNGGG. I am so ready for school to be out and summer to kick in.

Chris was away until last night so I watched the Kurt Cobain documentary "Montage of Heck" on Monday night. It was really interesting but disturbing at the same time. It was an intimate portrait of the MAN Kurt was and how he got there. As I was listening to his parents speak of his childhood and the things that went on, all I could think of was why did they not get him some professional help? He so needed some guidance and maybe his drug use or his tragic death could have been prevented. It was very clear that his parents did not know what to do. It was just so sad and I have been thinking about it for the last two days. I do not usually ruminate on things like this either. I just hate drug use, and heroin in particular. No matter how crappy life is, taking drugs does not make the crap go away. In fact, it makes it worse. The stuff is still there when you come down. Perhaps it is because I am a control freak and being "high" has never really appealed to me that I feel this way. The whole movie just made me sad.

On that lovely note, today I am sharing a card I created using an extremely OLD Stampin Up! stamp set called "Spring Bouquet." I made this card to go into the set of cards my friend bought for her mother. 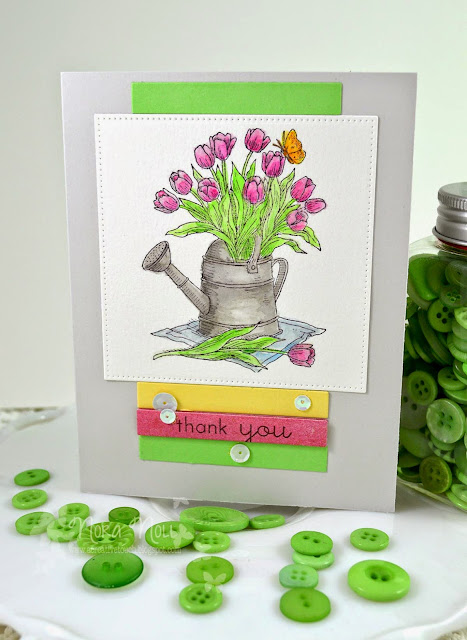 I used watercolors to color the image in and then die cut it into a square. I mounted the square onto a "Soft Stone" background and then used strips of colored card stock on the top and bottom. 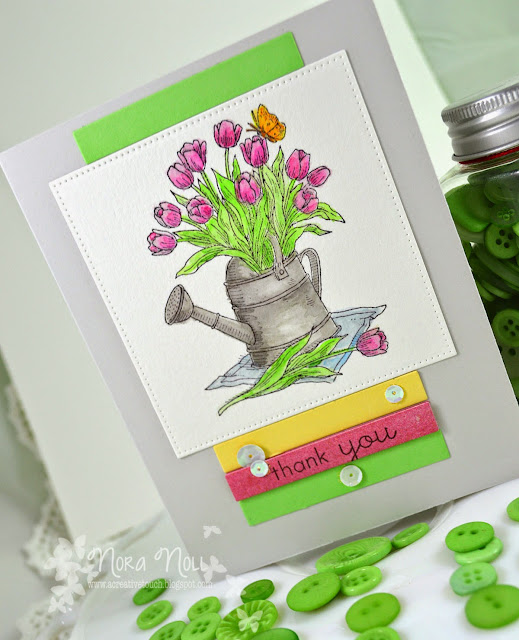 The whole design was really simple. I often have a hard time when I color images like these to know what to do with the panels. I rarely make a one layer card when I watercolor because I always make a mistake and do not want to have to throw the whole thing out.

That is all for now. I thank you for taking the time to stop by. Have a great day!1