Happy Thursday!! This week has gone by fast!! We have been out and about almost all week doing something. Monday we went to the Ben and Jerry's Factory in Waterbury, Vermont. They were making "Cherry Garcia" that day.

It was kind of hokey but neat at the same time. Plus, part of the tour is a free scoop of ice cream!! Charlotte and her cousin made tie dyed shirts too. 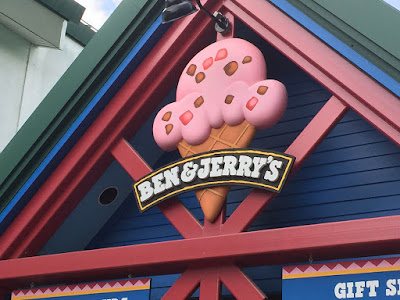 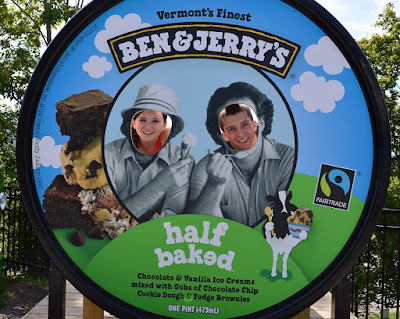 Charlotte with one of her cousins. I had to make her pose!! Then all three posed for me!! 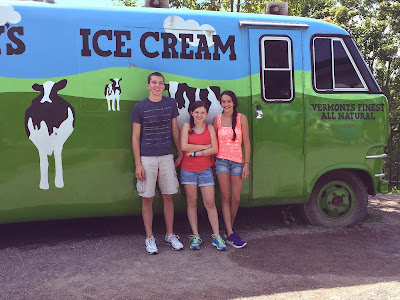 We were not allowed to take photos inside the factory part. I don't think the employees wanted to be in shots of tourists. I know I would not want to be in someones photo that I did not know! Char had fun tie-dying, though. It was cheaper then buying a ready made shirt!! 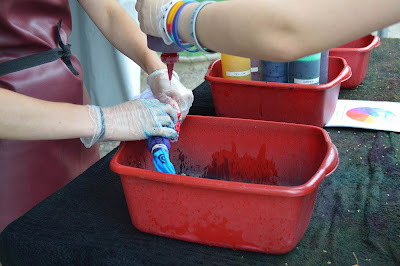 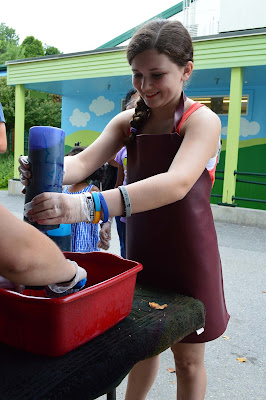 Her cousin, Sydney made one too!! I am glad they both wore aprons because this could have been a potential mess. Charlotte is not known for being "neat!" 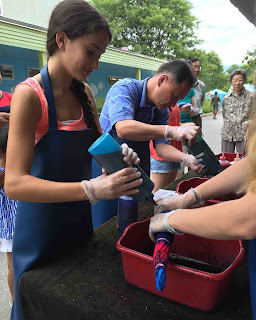 Okay, now for my card. I was able to play with some new inks that Scrapbook.com has in stock. They are made by Umbrella Crafts. Below are the inks that I used to create the card. (Adding the green was an afterthought.) 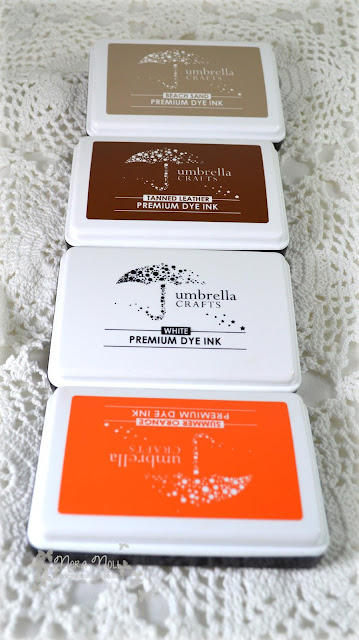 Today I am showing you a "ghost" stamping card that I created. I used Umbrella Crafts white dye ink to do the "ghost" part of the stamping. In the past I used pigment ink so I was not sure how a white dye ink would work. In fact, it worked fine!!

First, I stamped a bunch of flowers in white dye ink on Kraft card stock with My Favorite Things "Build-able Blooms" stamp set. 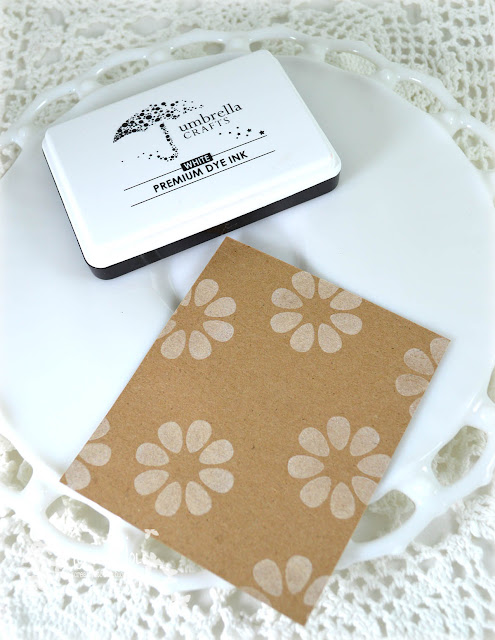 When I first stamped it, the ink was a bit light but as the time went by, it darkened up. I really liked it because I did not have to heat set it. I could have put my finger across it and it would not smudge!! 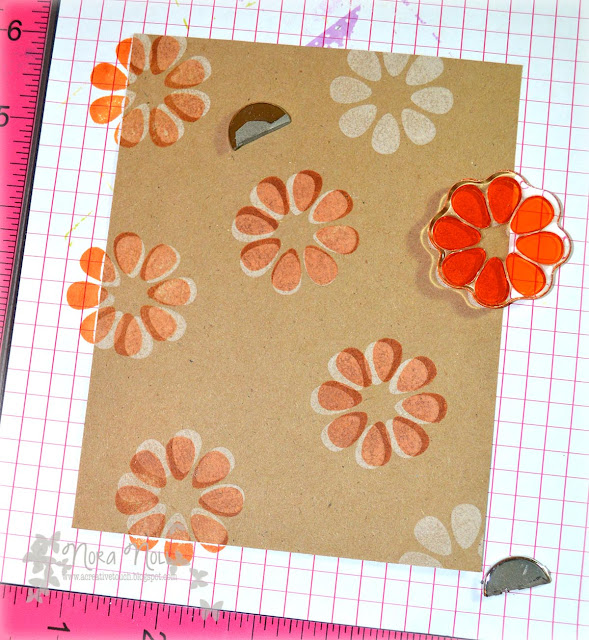 I then stamped over the white with the orange ink, making sure the flower was off set a little so that the white would show up. I love this effect!! 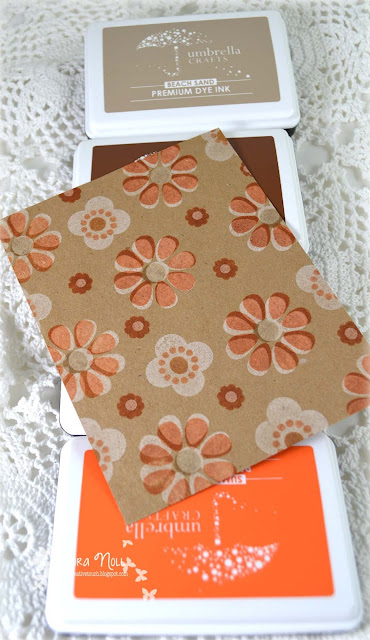 I then added other flowers. One I used the white as the color and then stamped inside with others. After I looked at this panel, I  knew it needed something so I added some green leaves. 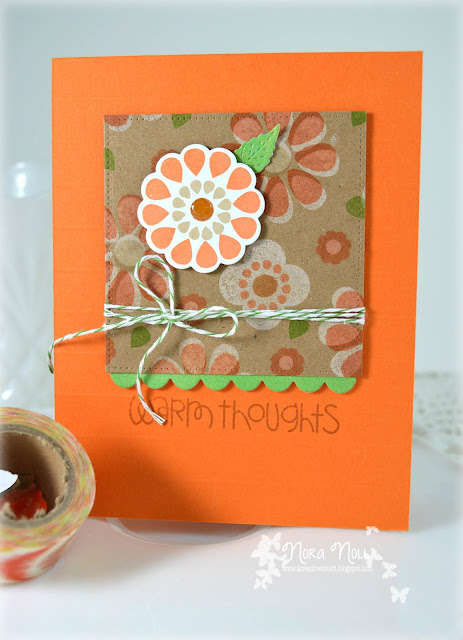 This is the card I wound up creating with that stamped panel. I die cut the kraft into a square and added scalloped green border and some green twine. I then used foam adhesive to mount this to an orange A2 top folding card that I scored every half inch. 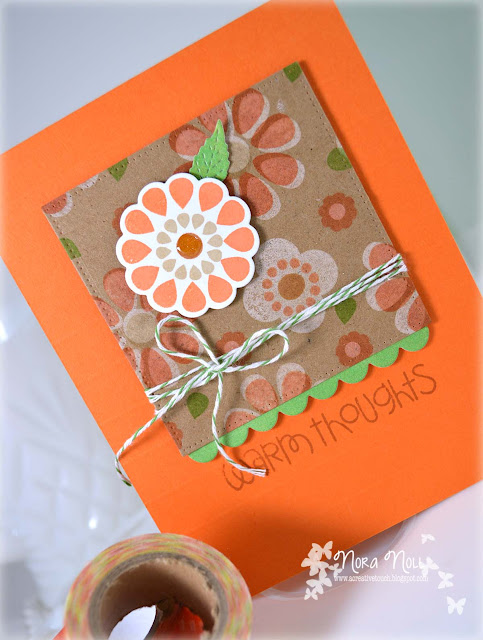 I added the flower that I had stamped on white card stock and then die cut with the matching die. I then die cut a green leaf, mounted it on the kraft and then used foam adhesive to mount the flower over it.

My last two steps were to stamp the sentiment and add a little Glossy Accents and Wink of Stella in the middle of the white flower.

I really like these Umbrella Inks. They stamp really crisply. I LOVE the white especially. I have not tried it on darker paper but will be doing this in the future.

I am really busy this weekend so I will be offline. Have a great weekend!!