Playing along with the As You See It Challenge #147

"Chirp, chirp, chirp." Crickets have taken over my blog of late. A lot of personal stuff has taken over my crafting time so my blog has suffered the last two weeks. When I have had time, my mojo has seemed to disappear. I know we all go through it but it is so annoying!!

I had a little time to actually play yesterday and made two different cards for the "As You See It Challenge #147." I used the sketch and pulled from the pile on my desk for the first card. 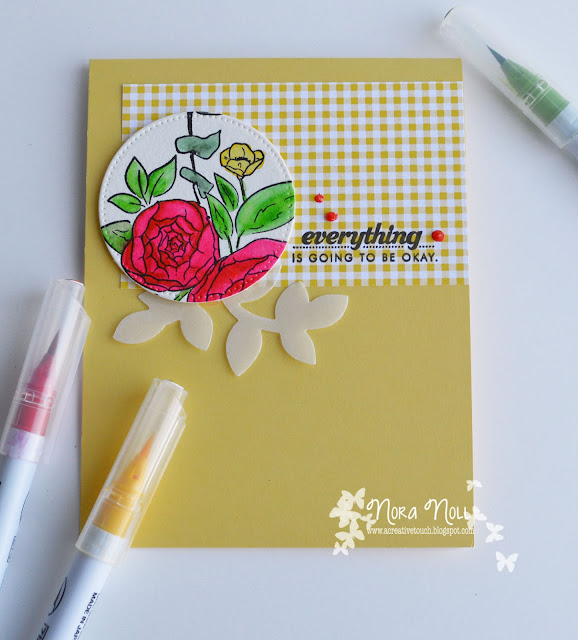 The sketch that I pulled this from is below. There is also a kind of "theme" to go with it to interpret the sketch: Lacey and Lovely. It is up to you to interpret what goes across the top-lace or patterned paper? 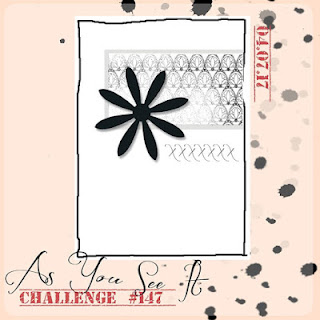 I chose yellow gingham patterned paper as the large panel that goes partially across the top. This was actually my second choice. I first used a stencil and stenciled some lace BUT as it often is with me, I messed up and went out of the lines. So my second choice was my yellow paper. It went well with the yellow flower and was a good contrast to the red. 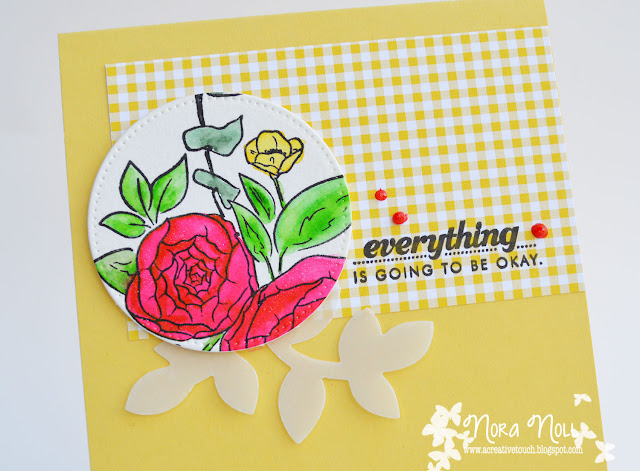 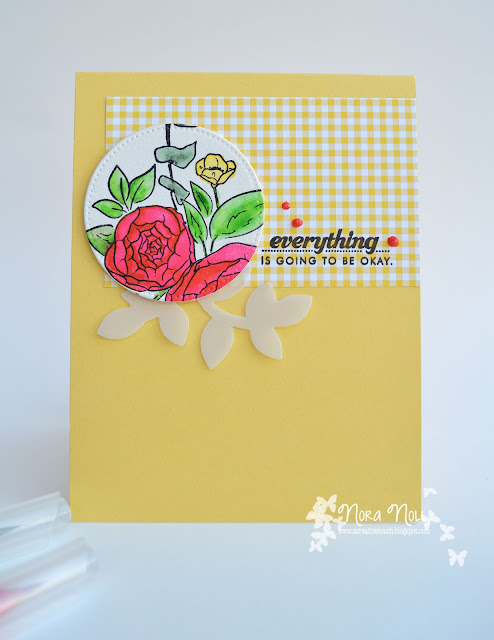 The stamp I used is "Beautiful Bouquet: Ranunculus" from WPlus9 and colored in with Zig Clean Color markers.  I have a love/hate relationship with these markers as I cannot seem to make them work like other people do. I added a layer of Spectrum Noir Sparkle over the top. The sentiment is from PaperTrey Ink's "Pretty Peonies" set (retired).

I loosely used the sketch for the second card. I also used a card by my CAS-ual Fridays Stamps Design Team Mate, Shona Chambers, as inspiration. When I saw her black and white card I was blown away!! 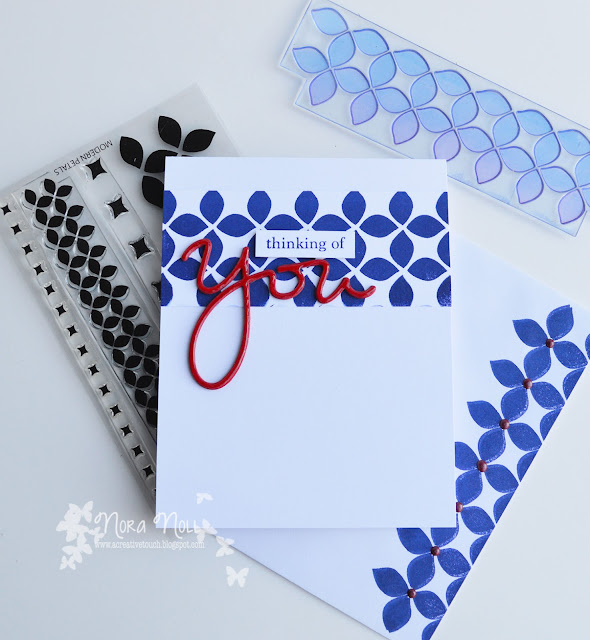 I used CAS-ual Fridays Stamps "Modern Petals" stamp in blue as my focal point for this card. I knew when I saw Shona's card that I wanted to use blue ink for my version. 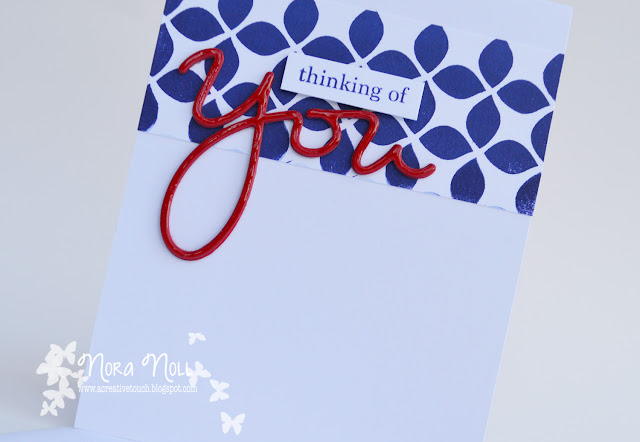 I also decided to use the sentiment as my focal point. I used Simon Says Stamps "You Matter" stamp set and matching die for the sentiment. The added touch of red really popped off the blue. 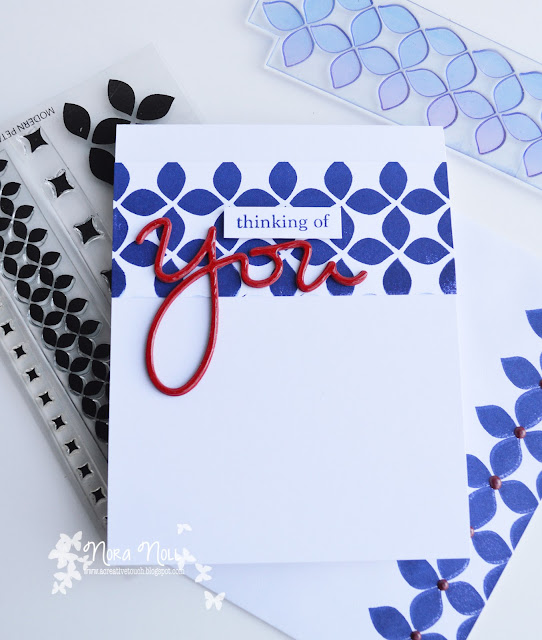 I also covered the die cut with Glossy Accents to give it a bit of shine. I also stamped a matching envelope. I did not line it up as well as the card but kind of like the look. I added some Nuvo Crystal drops in the middle of the flowers on the envelope in red to match the red on the card.

I thank you for stopping by today. I hope your day is as beautiful as mine has been!!