Hello!! I am back again today for another addition of "the mess on my desk." I am also playing along with the ColorQ challenge blog. Here is the card I created: 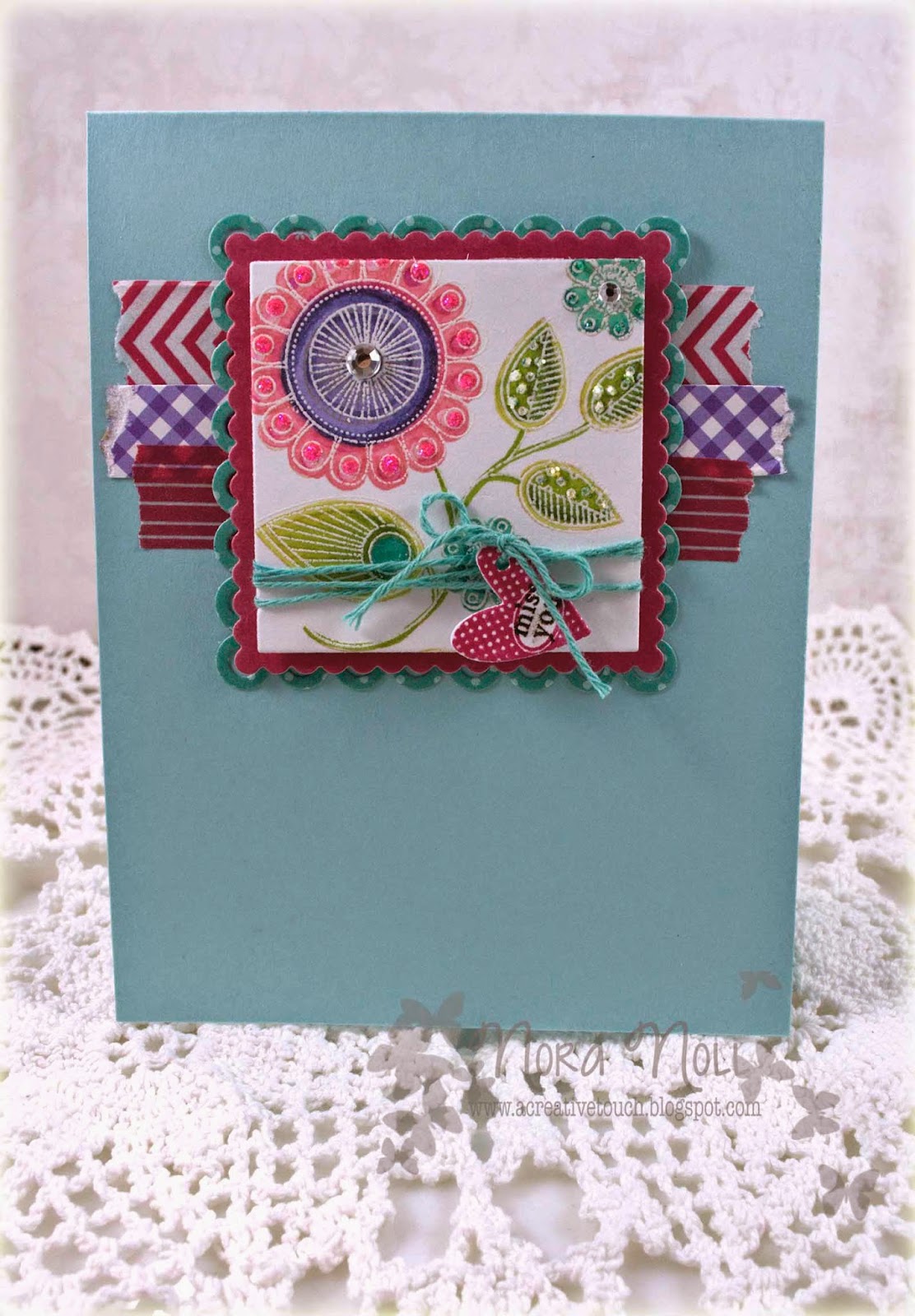 I was to use the color chart below for my card. 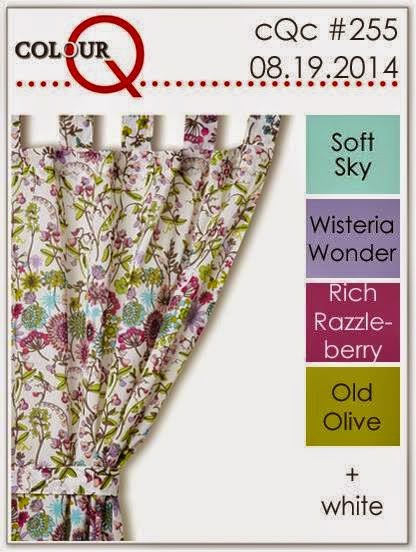 Since I did not have a rich razzleberry color purple I chose to use PTI's Raspberry Fizz as a replacement. It is a bit more pink but it worked with the rest of the colors.

My jumping off point for this card was the square image in the middle of the card. Again, it was in a pile of discarded pieces of "stuff" on my desk. I had colored this image using Copic markers and then embossed it in white after I finished. I had never done this technique of coloring and then embossing and I know I will try it again. 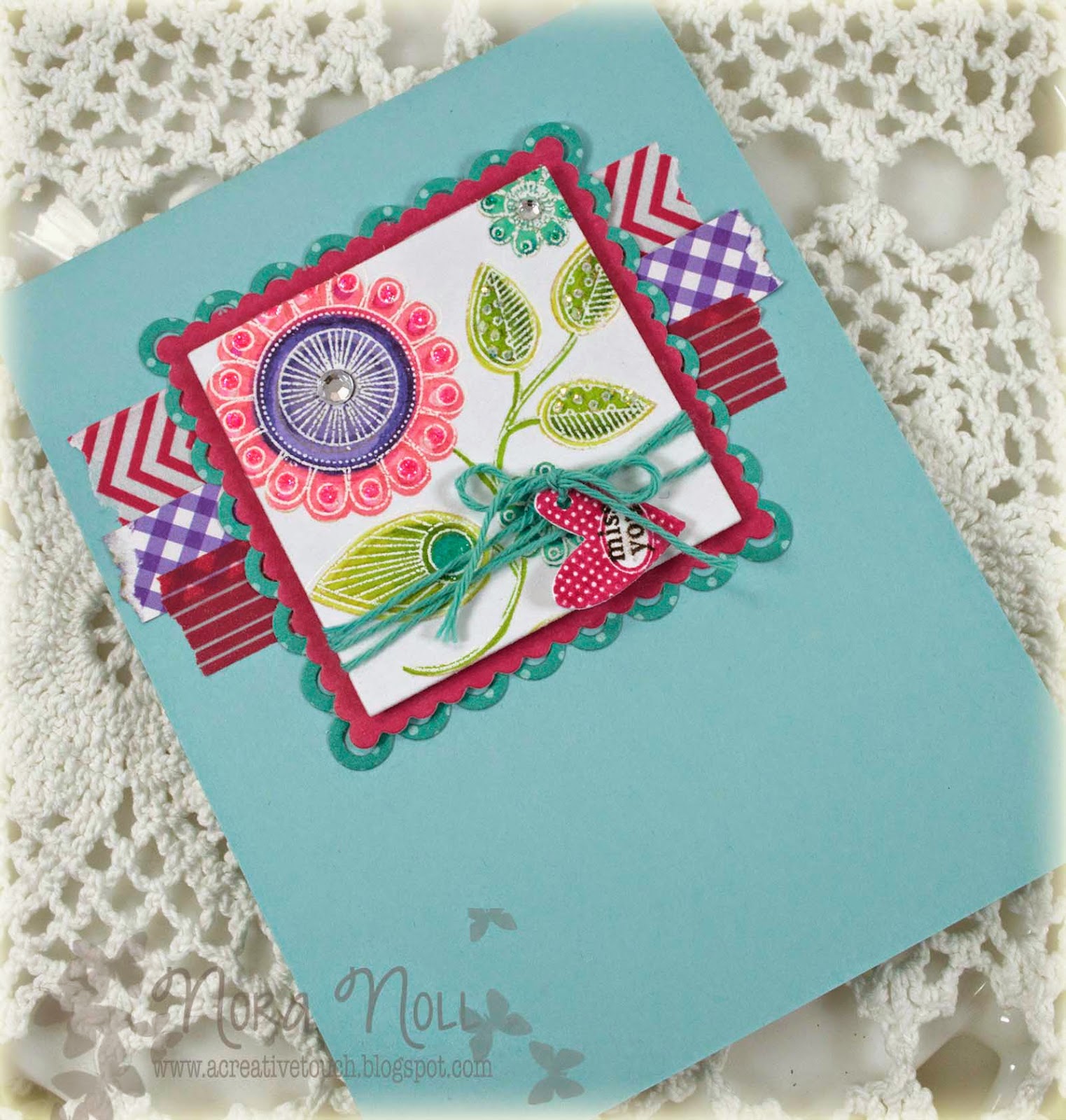 The image was originally in a rectangle but I decided to cut it into a square. I then die cut a scrap piece of pink and a piece of blue patterned paper to layer under it.

Before I assembled the focal point, I used two different pink tapes and a strip of purple patterned paper to layer over the card base. I then adhered the blue and pink die cut papers over tape, trying to center it in the middle.

Next I wrapped some blue twine around the stamped square, added a stamped heart with a sentiment and then tied it off into a bow. I adhered the image over the patterned paper using adhesive foam. 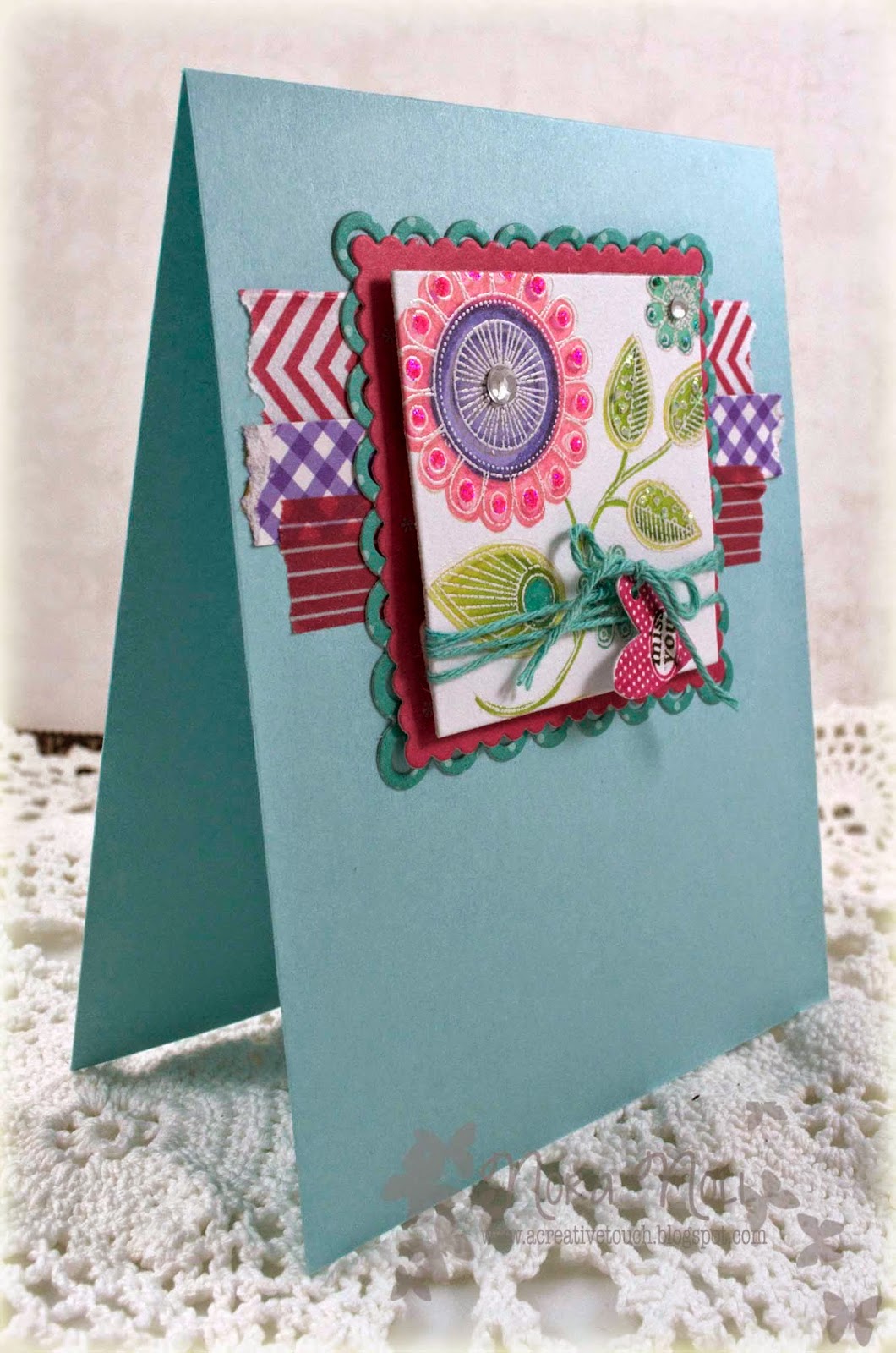 The image looked a little flat so I had to figure out how to give it a little oomph. I decided to adhere two rhinestones in the middle of the flowers and then used three different colors of Stickles glitter glue in various areas of the colored images.

I have to admit that this is NOT my favorite card. However, I will send it off to someone and they will appreciate the thought behind it.

I thank you for joining me today. Have a great day!!