Happy Sunday everyone!! I hope you are enjoying your day. I have been TRYING to organize a bit of my craft stuff. I should be purging BUT cannot seem to let go of my stuff. I admire people that just let it go but as soon as I do, I wish I had it again. Am I the only one?

Have not been creating that much but BUYING a bunch. (Hence the organizing!) I am officially cut off on September 1st as I now have to start saving for Charlotte's college. We have a bit saved already but the schools that she is looking at are a bit over the budget that we had set aside.

Today I am posting a card that I created with a Copic marker scene and combining a few stamp sets. I LOVE combining my stamp sets-really helps to stretch them-but in this day and age, rarely do. I am determined to do more of it, though.

This card started off incredibly by the little LDRS Creative pig from the "Sweet Treats" set. I have been coloring them all week (more cards to come) but thought this particular piggy would look good on a beach, in a bathing suit that I drew on him. 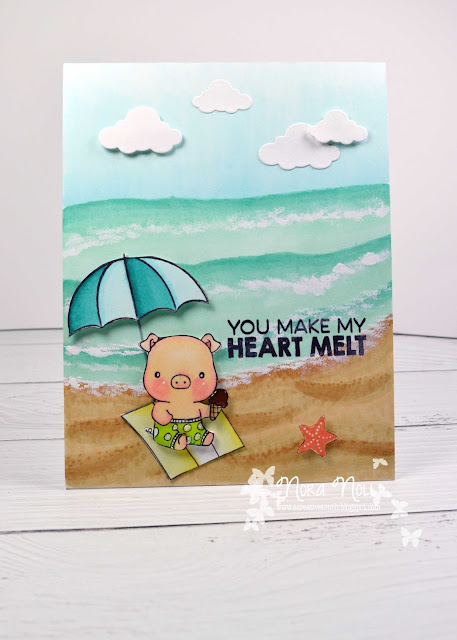 The background I created by using my Copic Markers.  I used some photos from Pinterest to help me figure out how to do this and was surprised that this came out as well as it did. I had to shop for a bunch of Copic refills today (don't tell my husband!) because I used a TON of ink. 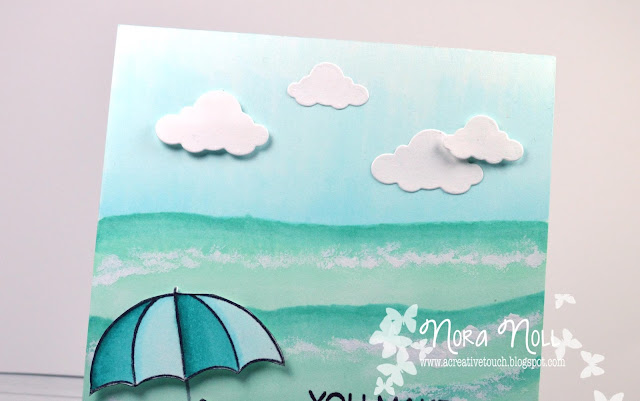 I die cut little clouds out of white card stock using Taylored Expressions "Little Bits Sun and Clouds" dies. On two of the clouds I used foam adhesive for a bit of pop. 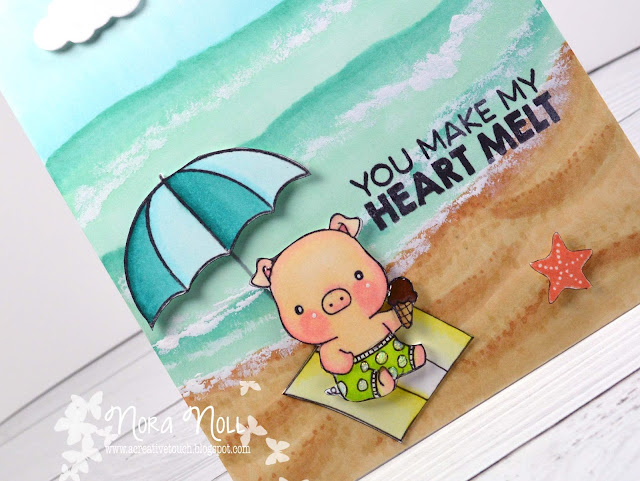 I created the little towel Mr. Pig is sitting on and used one of the umbrella stamps from Pretty Pink Posh's "Rainy Days" set to help him stay out of the sun. The sentiment is from My Favorite Things "Penguins in Paradise" and the little star fish is from CAS-ual Fridays Stamps "Mermaids" set. 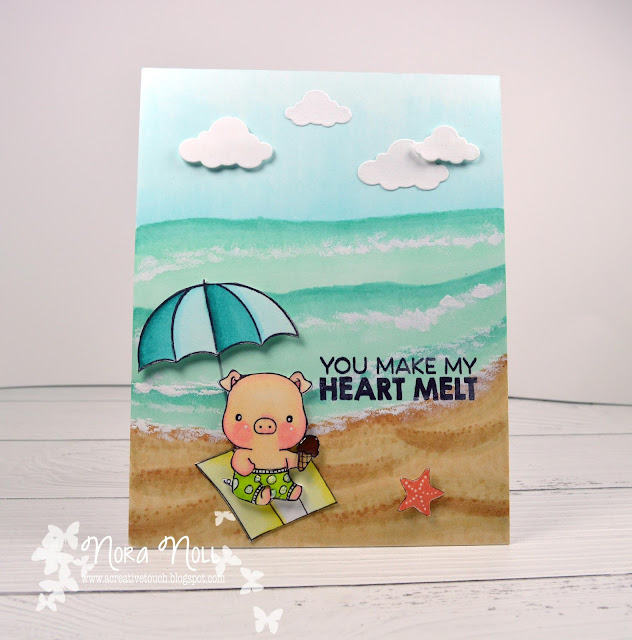 I had put a photo of the background on IG and FB before I made the card and had a few requests for a tutorial on the background. When I get my refills in I will be attempting to make my first, real video. What a scary thought!

The colors were inspired by A Heart Desires Challenge #15 August 2017 Mood Board and the scene was created for AAA Challenge #96 "Summer Fun." 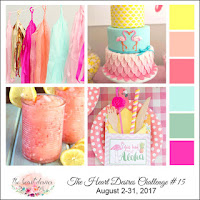 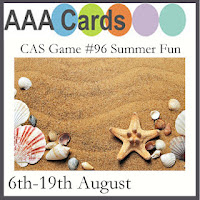 I will be back tomorrow with a quick card that I created for Freshly Made Sketches Sketch #300.

Thanks for taking the time to stop by!!

Supplies:
(*Some of the links for my supplies use affiliate links, at no extra cost to you.)