Playing With Pattern using CAS-ual Fridays Stamps and a Hike

Hi everyone!! Today I am on the CAS-ual Fridays Blog with a card that was inspired by a pattern I saw on Pinterest. Below is a sneak peek of the card. 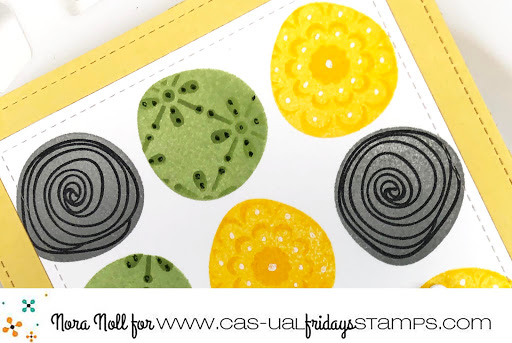 Hope on over to the blog to see the full card and a step by step on how I created this.

In other news, I went hiking yesterday with my Ireland buddies. We have been hiking some CT state parks this summer. We have been trying to do things outside so we have less of a chance of catching Covid from each other and wear masks when appropriate. Seeing them has helped my sanity because I don't go anywhere!!! Below are a few photos I took at Southford State Park. 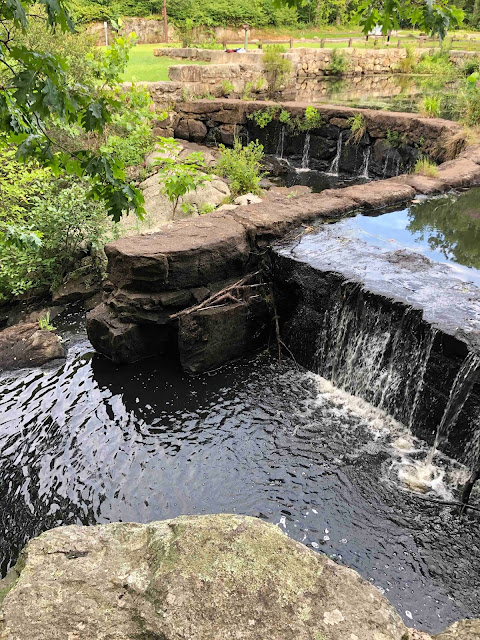 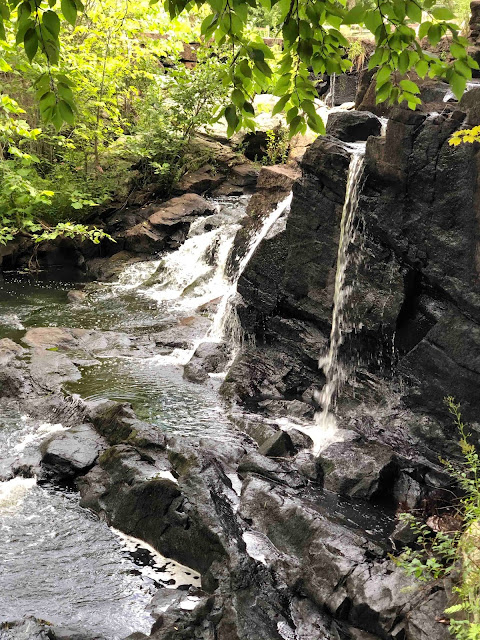 One thing this place had was a bunch of waterfalls. These are pretty lame right now as we have a drought this summer but they still were pretty!!! 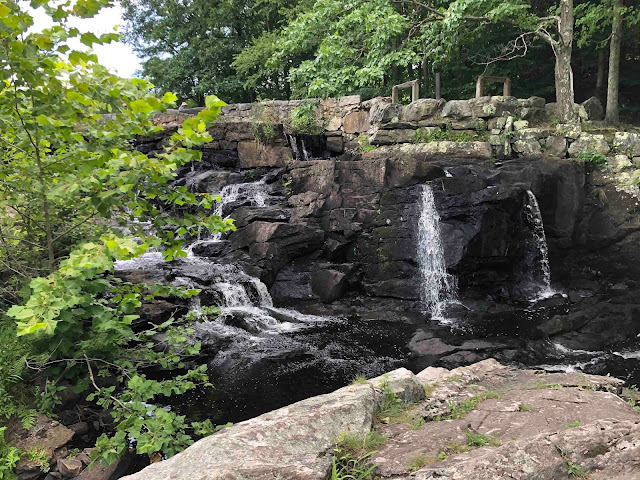 The photo above and below are the same waterfall, taken at different spots on the trail. I was actually standing in the middle of the stream on a rock for the one below. A little boy was so mad because his father would not let him go in the water to do the same thing!!! I am always setting a bad example!! 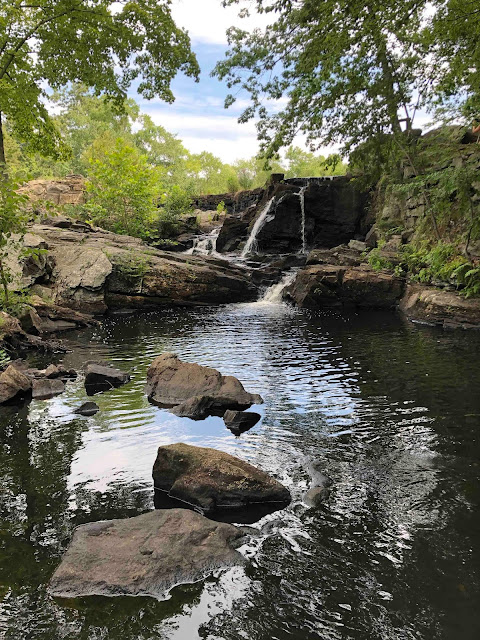 Another feature of this hike is the "covered bridge." But come to find out, it really isn't that old. Kind of a disappointment. 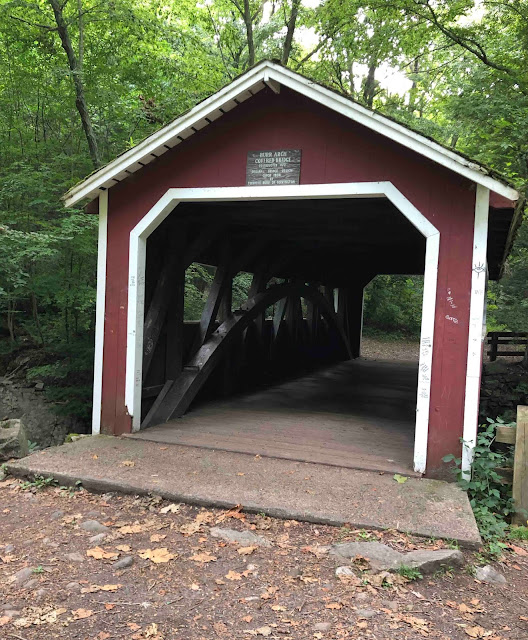 This did used to be a mill site, though, as you could see the stones they used to grind whatever they were milling around the bridge. 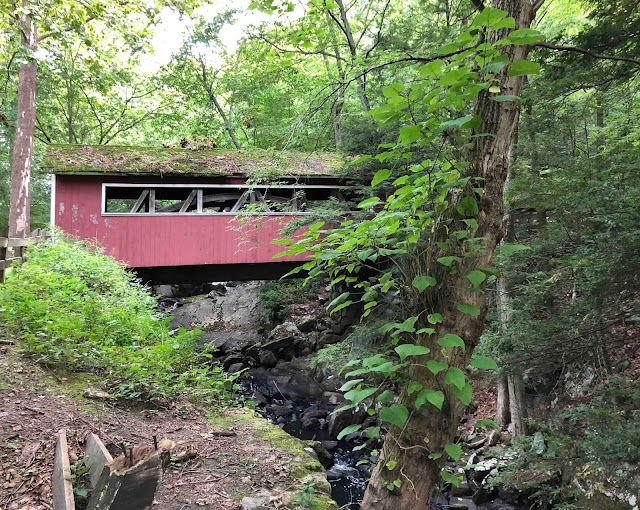 There were downed trees galore in this forest, as well as some funky growing trees. For some reason, I have a fascination with trees. I love the textures of different tree barks and the stuff that grows around it. 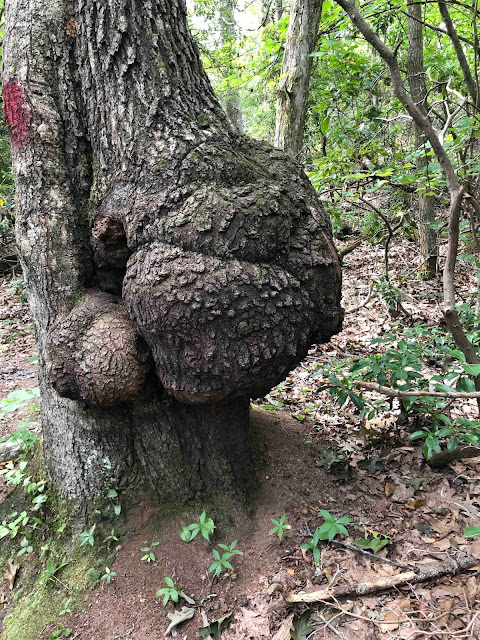 We were joking that the tree above was a "pregnant" tree but it almost looks like some kind of face to me. 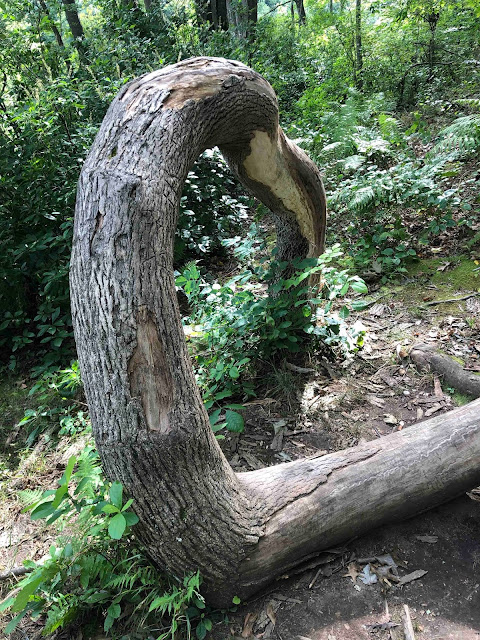 This tree the trunk actually was growing in a curve. There was a live canopy at the top!!! 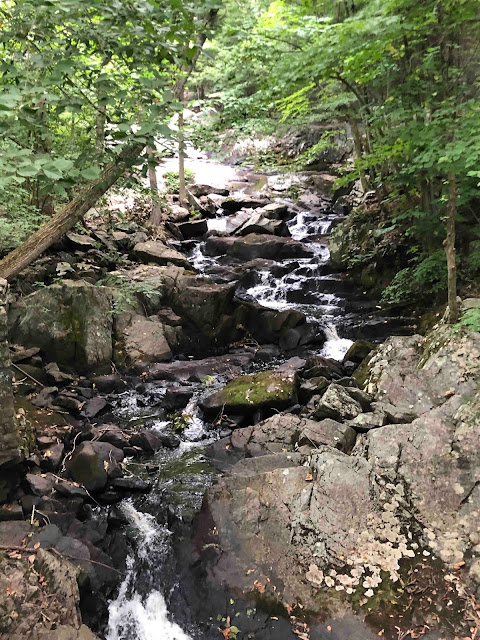 Downstream!!! I really would love to see this when it is at full force. It would also be a lovely hike for the fall. 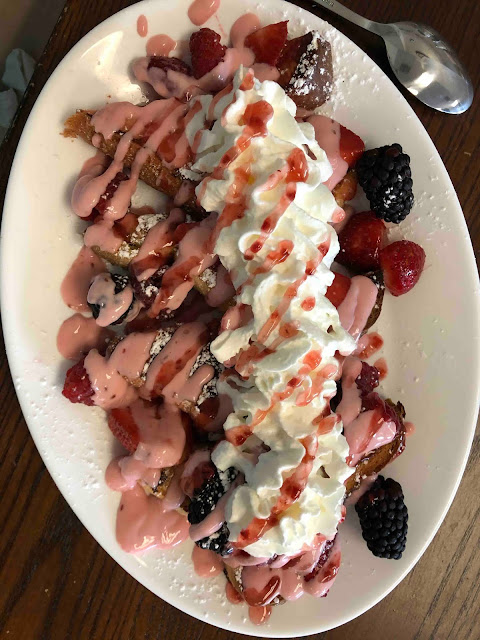 We ended the day with some breakfast!! We got up early so we could beat the rush of the day at the park so this berry french toast hit the spot!!!
Well, that is all from me today. I thank you for taking the time to stop by. Have a FABULOUS day!!