I am taking a card class and once again I had homework. I was to use a technique that they taught us to make a card. There were four techniques shown and I used three of them.

My first card I created using a watercolor technique. Since I don't own any gelato pastels, I had to improvise to get the look that the instructor created on her card. I used ink on an acrylic stamp, spritzed it with some shimmer Smooch Spray and dragged it down my water color paper. It did not flow as easily as when you use the gelato but I am happy with it. (I apologize for the photo. I am just learning how to use the new version of Photoshop after having used Elements for years. I cannot get the hang of fixing the color correctly in this version) 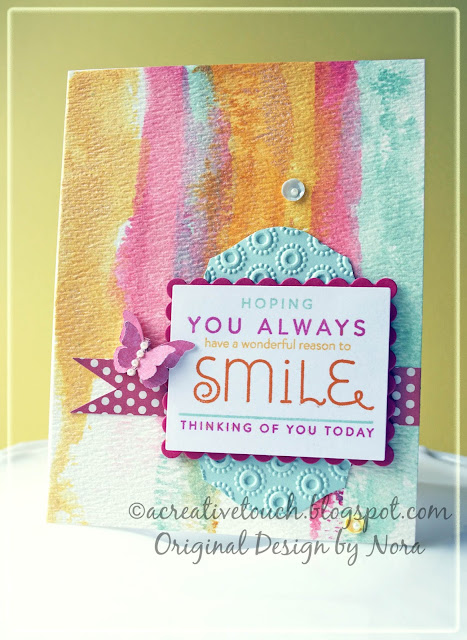 I used Jennifer McGuire's technique of inking up a word stamp in different colors for the sentiment I used on the card. Again I had to improvise because I do not own a stamp positioner. That was another thing I gave away long ago when I converted to clear stamps!! 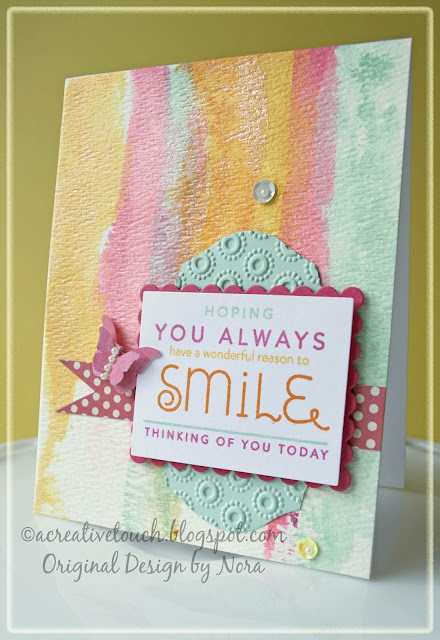 On my second card, I used the technique of drawing a line in the middle of strips of paper and stamping. This card looked better BEFORE I put it through my die cut machine to emboss. However, I finished the darn thing at 11 pm last night and just didn't have the energy to fix it. 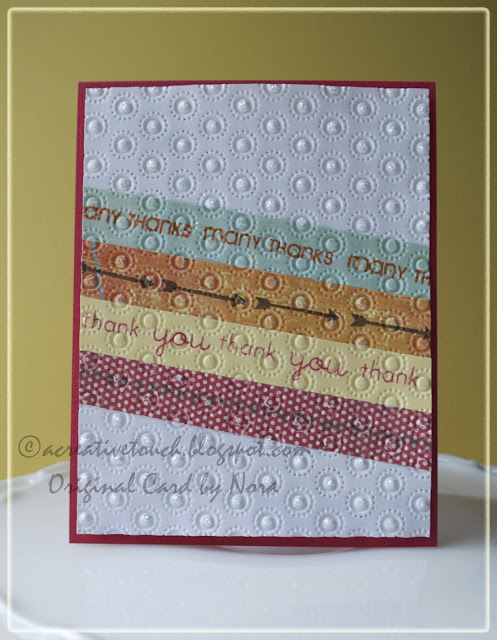 Instead of using just sentiments on the card, I chose to use some pattern stamps. I used and arrow on the orange strip and hearts on the pink. The hearts would have showed up better had I not embossed the darn thing. Ugg!! 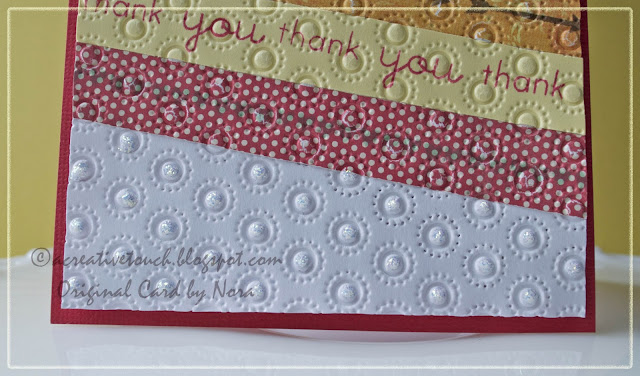 In the middle of the embossed circle, I put dots of crystal glitter glue to give the card a little bit of shine. I only applied it to the white part. It is hard to tell but I think you can see a little shine in this close up photo. 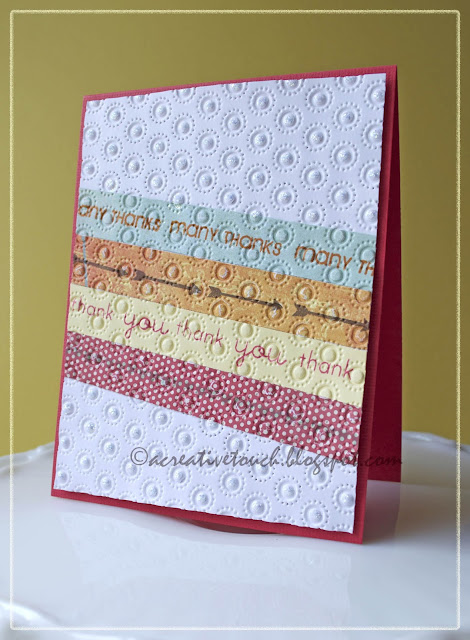 I think this last view shows it off a little better.

Things I have learned from Day 2 of this card class:

Well that is all for today!! I will see you again tomorrow!!