Happy Monday!! I am here with some more cards I created on World Cardmaking Day. I so wanted to create more than I was able to. I am such a slow card maker!!

For my first card, I used CASE this Sketch #342 as my inspiration. 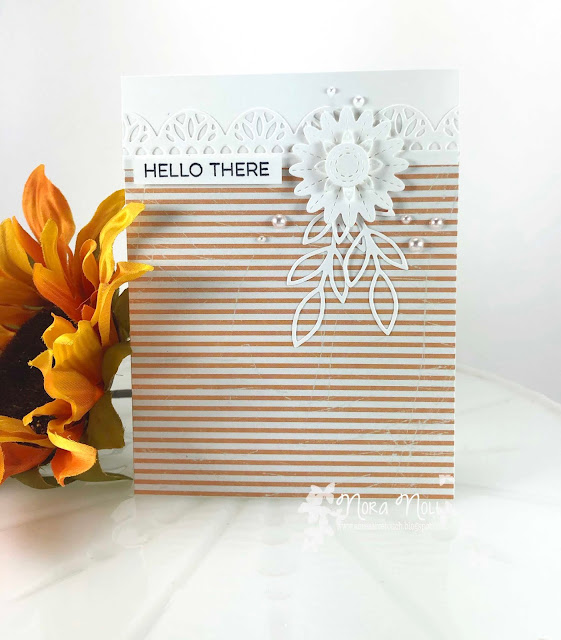 This was a hard sketch for me for some reason. That huge circle/strip element threw me for a loop!!

I think I successfully solved it by using the leaves and the flower. 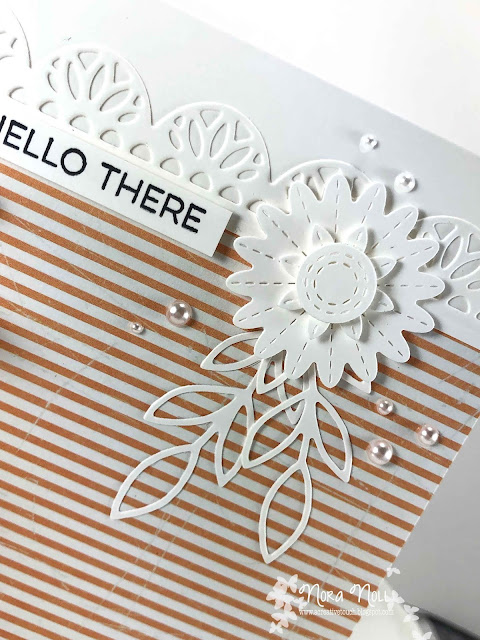 The leaves are from a Paper Smooches die, the flowers are MFT and the border is Pink Fresh Studios. 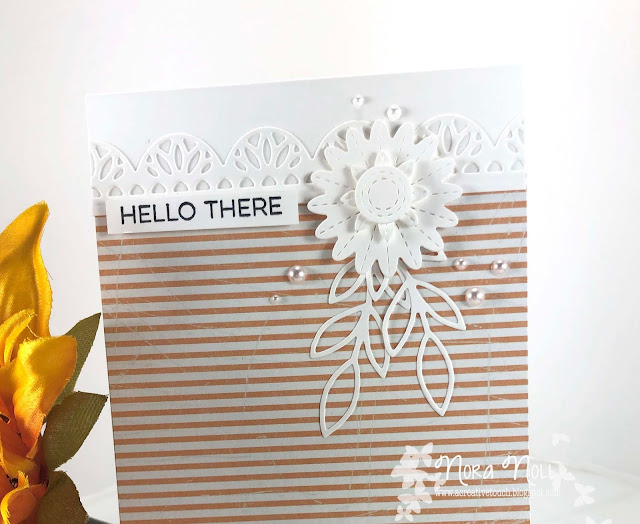 The sentiment is also from MFT but not totally sure. It was a scrap on my desk!!! The striped paper is from my scrap pile. LOVE how this card came out and it is so much prettier IRL.

My next two cards I did were using an ink blending technique and my Stamptember Hero Arts stamp set that I HAD TO HAVE. 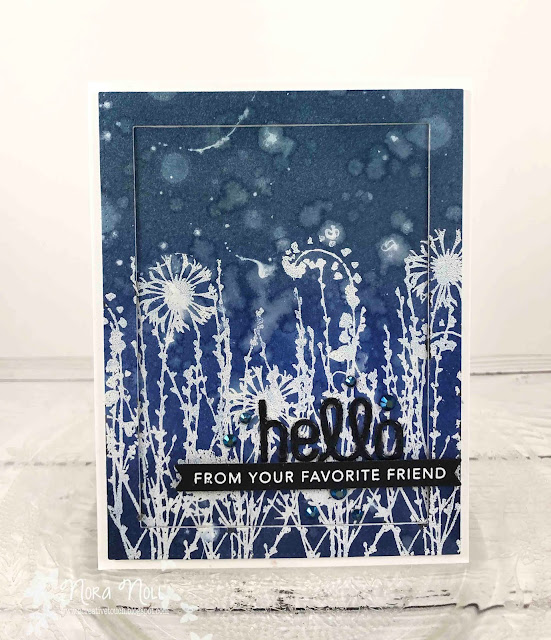 Let me tell you the white flowers were a total accident. They were supposed to be black BUT I picked up white embossing powder rather than the clear I thought I did. 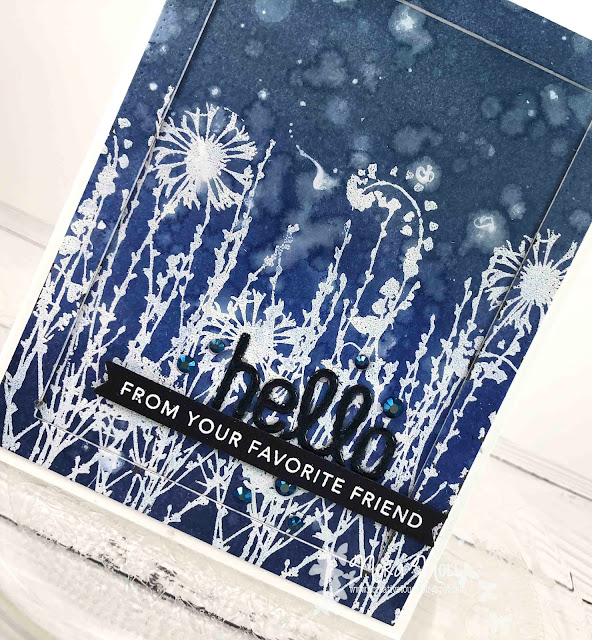 Don't care, though, because I LOVE how this card came out!! Used four different blue Distress Inks on this and paired them with a hello die cut from MFT and a Taylored Expressions sentiment. 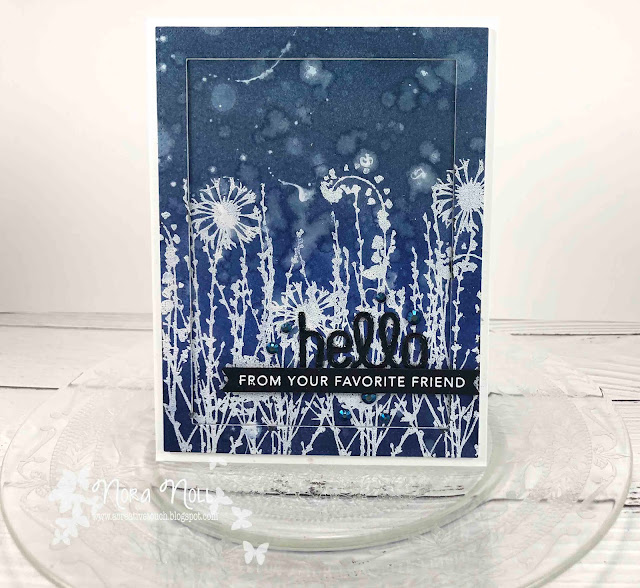 I think I am in love with solid stamps again and will be using the ones I have in my stash!!!

My second card the silhouette was done in black, like the first one SHOULD have been. 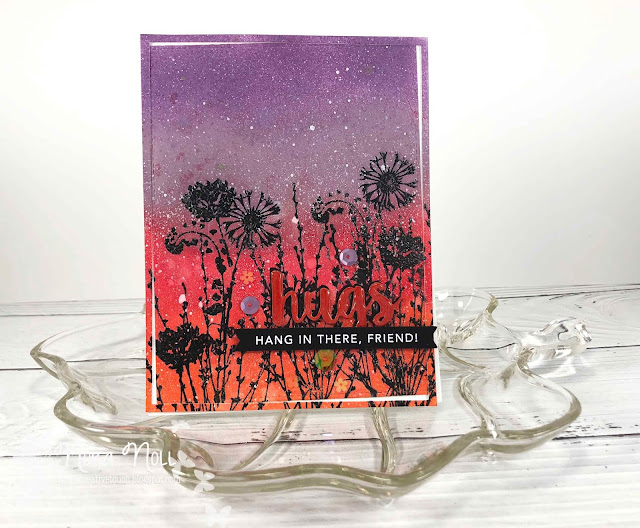 I originally was going to use this for a color challenge card BUT the fourth color that I was supposed to use I just could not do. Instead, I swapped it out for the orange at the bottom. The purples were not Distress Inks and so did not get water spots like I wanted them to. 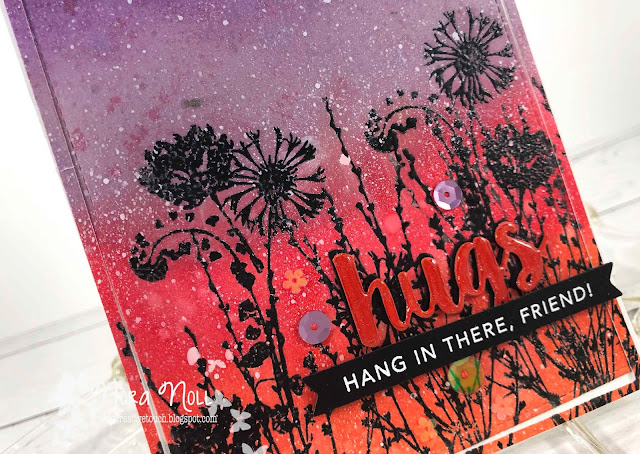 I had to do a little acrylic splattering on the card front using watered down white paint and a toothbrush to get the messy look I wanted. 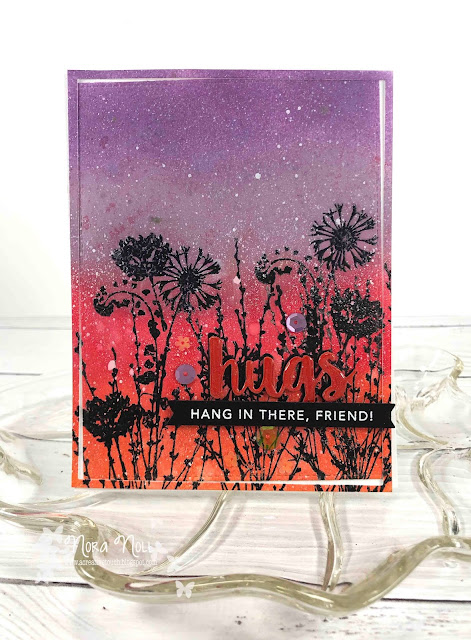 The thing that enchanted me about these cards are how quick they came together. I think I am going to stamp a bunch of backgrounds at once and then do some fun blending. I see this as a future card set. 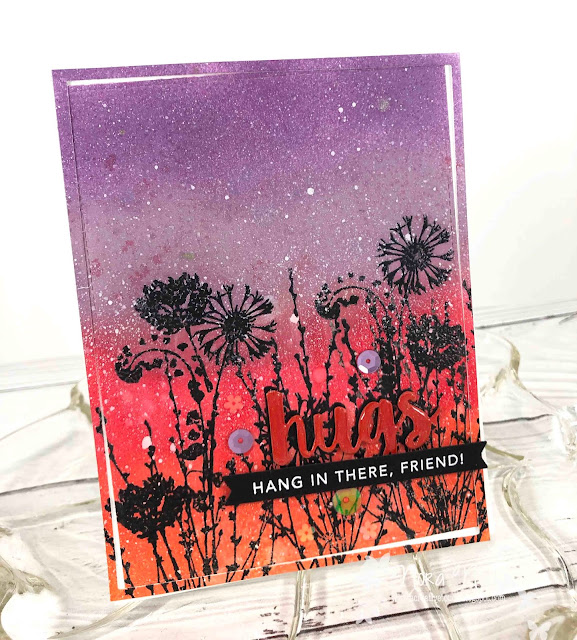 I stacked the WPlus9 hugs sentiment-the bottom being cut from a black piece of card stock-then layering a doubled orange over it, off setting it enough so it looks like a "shadow." I then covered it in Nuvo Sparkle Pen and Glossy Accents.

Well peeps, that is it for me today. I have one more card I created BUT have not photographed it yet. Was just too lazy today to do so. Will blog it later on this week.

I thank you for taking the time to stop by. Have a FABULOUS Monday!!