Happy Tuesday!! Today I am sharing the cards I created with the SJ Card Kit Club. It was Kathleen's turn and she sent us a HUGE kit of Christmas themed supplies. I was the weak link to this kit as I only created five cards. It was a combination of being too tired after a long day at work and not having any mojo. Hate that!! 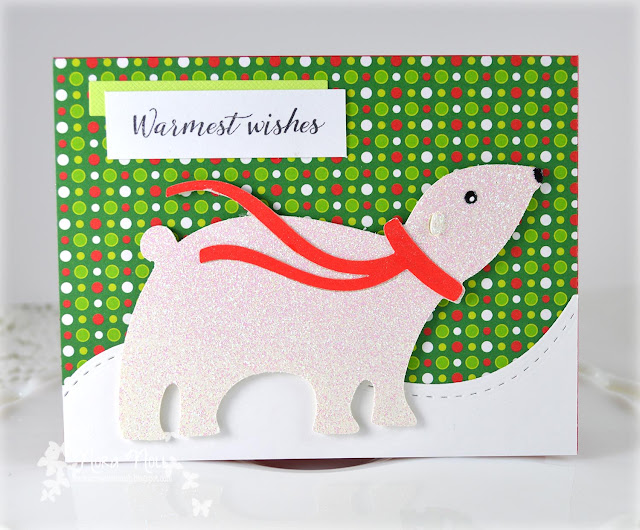 On my first card, I created a little hill for the bear to stand on. The bear was part of the kit, as was the patterned paper. I enhanced the die cut with a little black enamel to make the eyes and the nose. The sentiment is from Paper Trey Ink's "Cup of Cheer" stamp set. 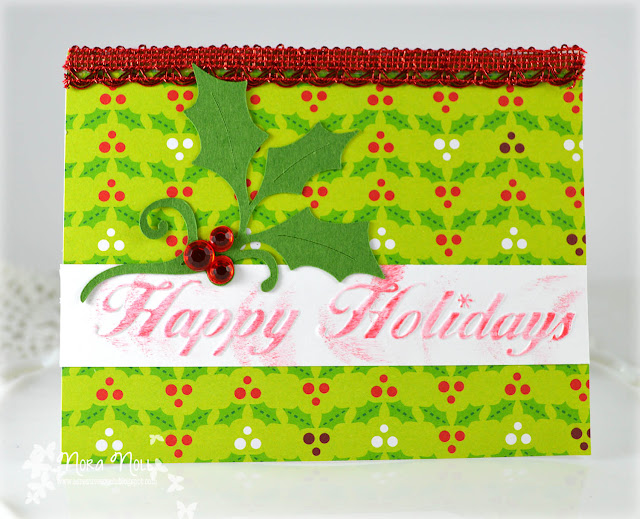 My second card is the one I like the least. I had to put the trim at the top as I made a mistake adhering the paper. I also used Festive Berry Distress Ink on the embossed sentiment and don't love the look. 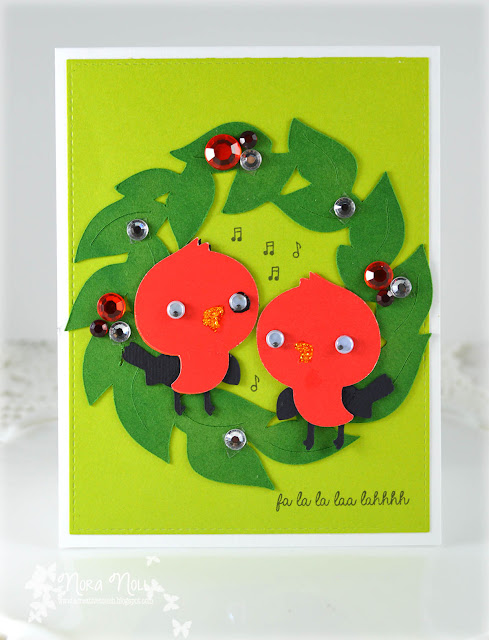 There is a serious mistake on this card. The left bird was not supposed to have a black eye!! I first used a black liquid enamel to attempt to make the eyes but did not like it. I was able to glue the other eyes on with no issue but the black seeped out a bit. I was so mad as this was the last thing I did for this card!! The sentiment and the stamped notes are from Paperie Ink's "Christmas Carolers" stamp set. 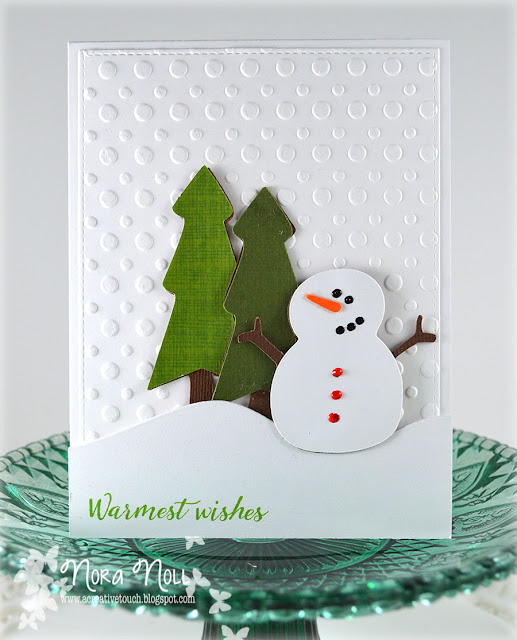 Really simple card. I die cut the embossed background that was in the kit and adhered it to a white card base. I then layered a white hill and used the die cuts that were in the kit. I used liquid black embossing enamel for the snowman's eyes and Nuvo Red Berry for the buttons. 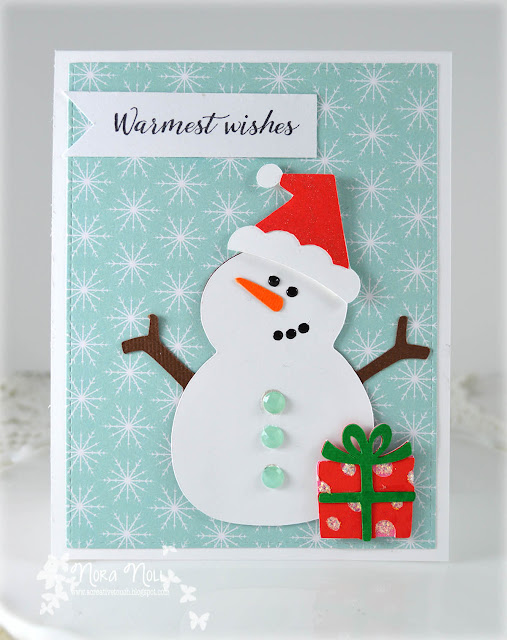 This card was super simple to created. I utilized patterned paper that was included in the kit on the background, as well as the die cut snowman, present and hat. I enhanced the snowman by using liquid black enamel for the snowman's eyes and mouth, Diamond Stickles for the dots on the present and blue gems for buttons.

I thank you for stopping by. Please visit the SJ Card Kit Club blog to view the other participants creations.