Monday, Monday, how I adore Monday... Okay, I really don't like Monday's but since it is like a Wednesday this week, I don't mind!! Two more day of work and then I get to play.

Today I am sharing two more cards I created for my friend's birthday gift. Are you bored with these yet? I used the carnation block from Paper Trey Ink's Botanical Blocks II set as the showcased image in the two cards. Out of all the cards I colored with Copic's, the images on these cards were colored in the best.

For the first card, I chose a yellow color scheme. Didn't the shading come out fabulous? I even like the leaves!! 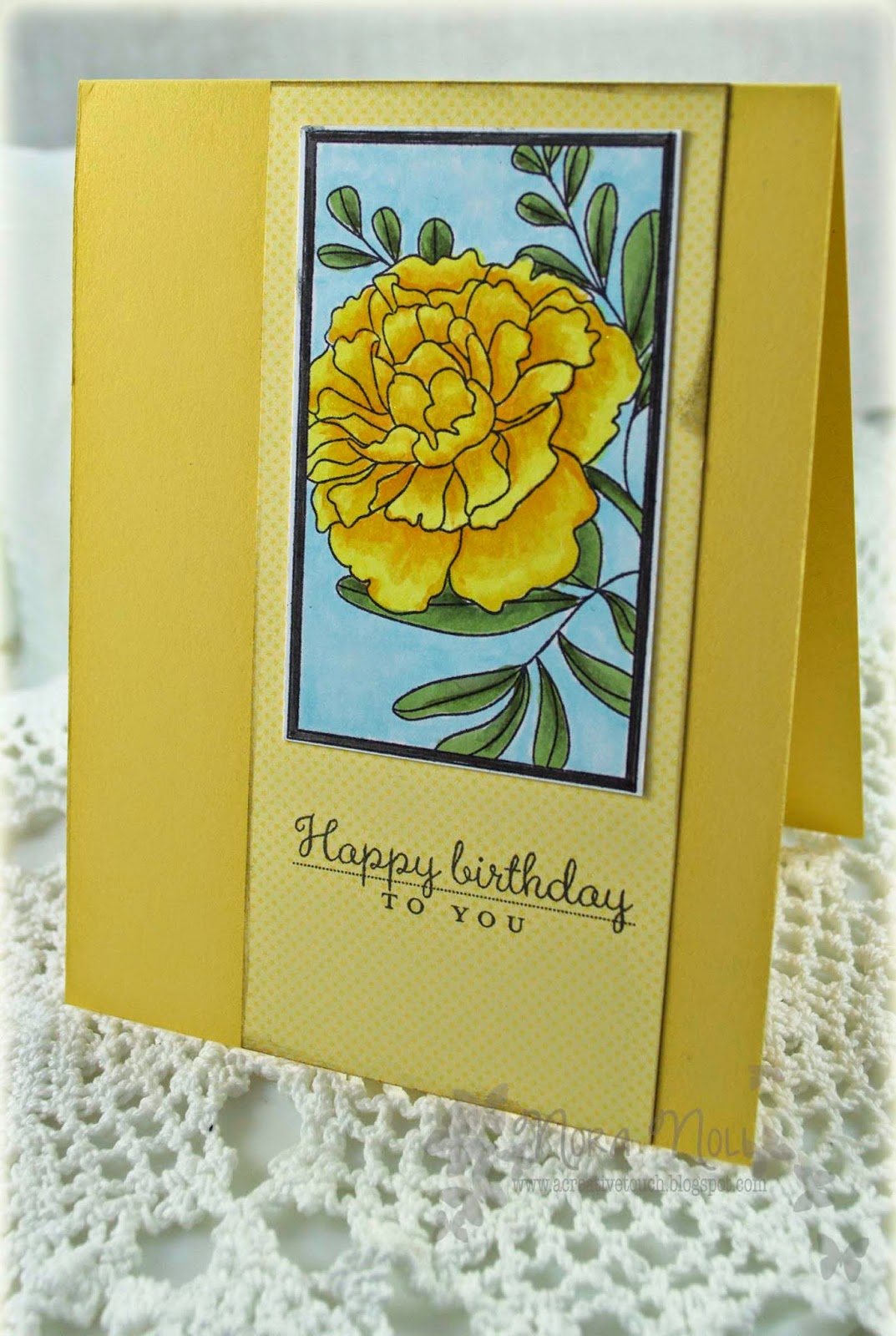 I do not love the colored black frame around the edge of the stamped image, though. On my second card, I cut that off but chose to keep it on here. I did a little inking around the edge but I am not loving it. It looks messy. I tried to rip the stamped block off but instead of using the usual adhesive I use, I used one that is tougher to reposition so it is stuck. Unless I want to start over, it will be part of the set. 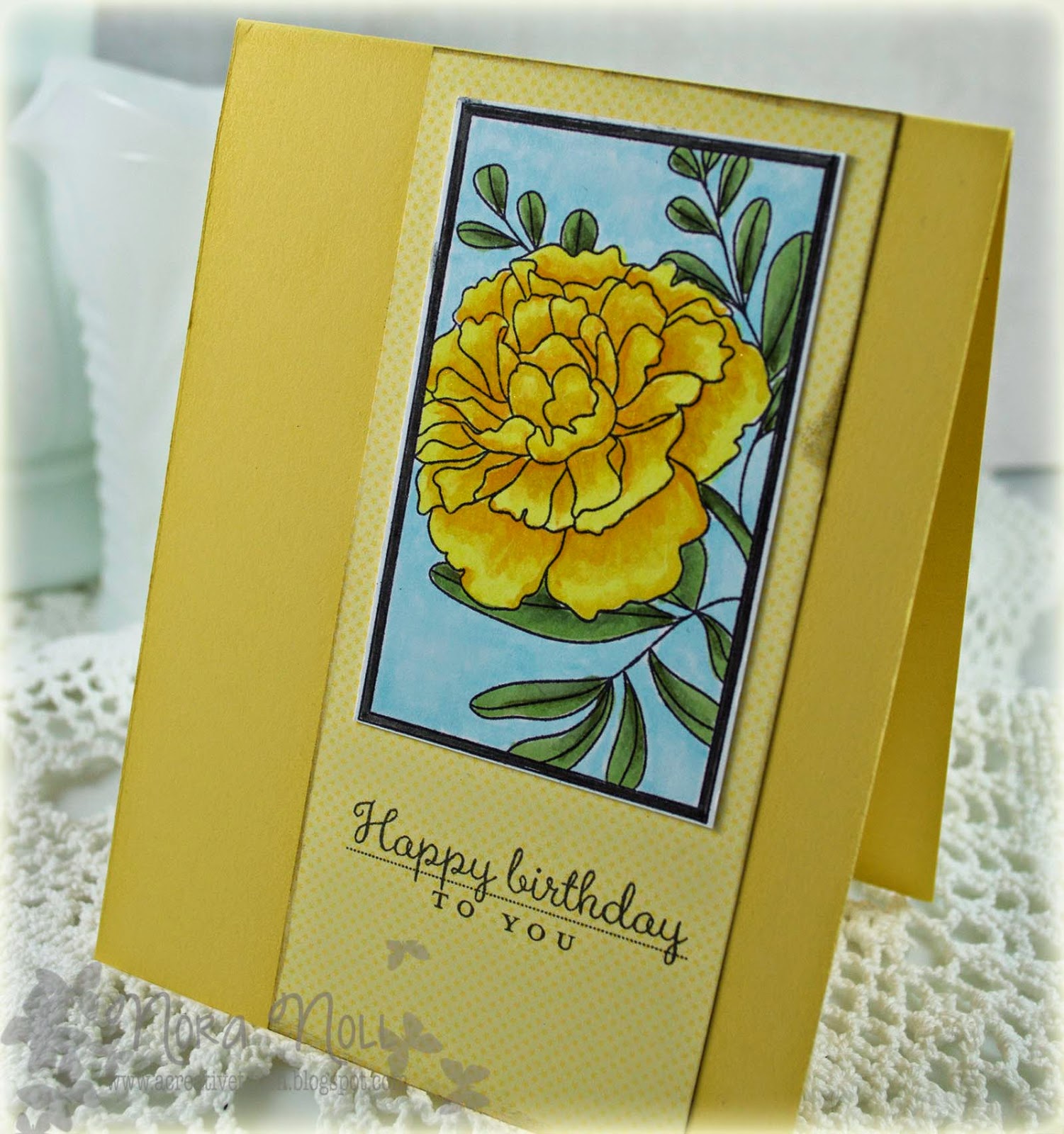 I chose to keep the elements simple for this card because I wanted the focus to be on the stamped image rather then the embellishments. I adhered the block over a strip of yellow patterned paper and then stamped the sentiment under it. The last step was to give the flower a little sparkle using a clear Wink of Stella pen.

For the second card, I chose to color the carnation in with red Copic markers. I used R35, R37 and R59 to shade in the flower and I LOVE the effect. It actually looks dimensional! 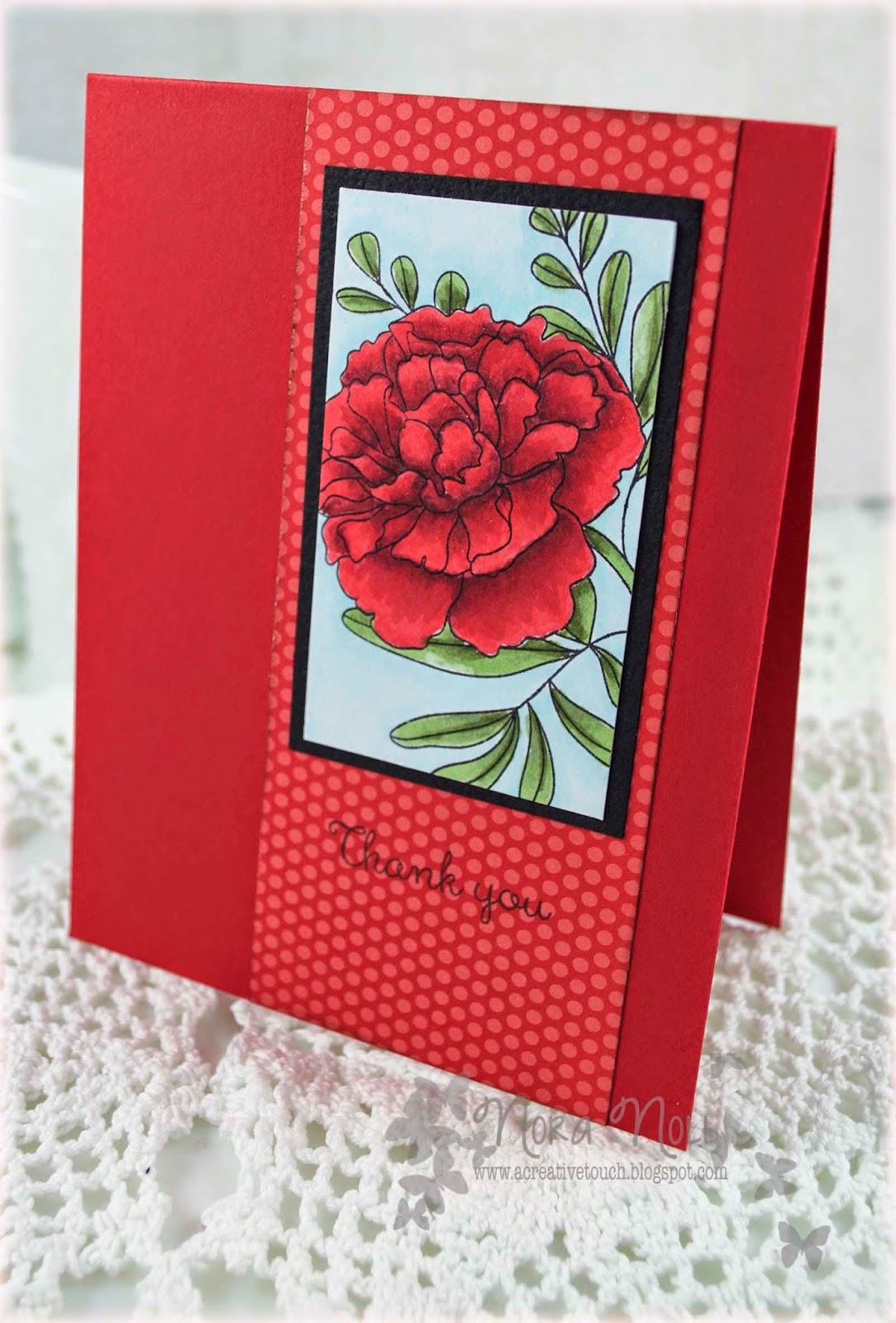 Again, I wanted the focus to be on the flowers rather then on the embellishments so I used the same basic design as the yellow card. Instead of using the frame around the flower, I chose to cut it off and mat the stamped image with black card stock. (In this photos the matting looks crooked but I assure you it is the angle I took the photos in!!) 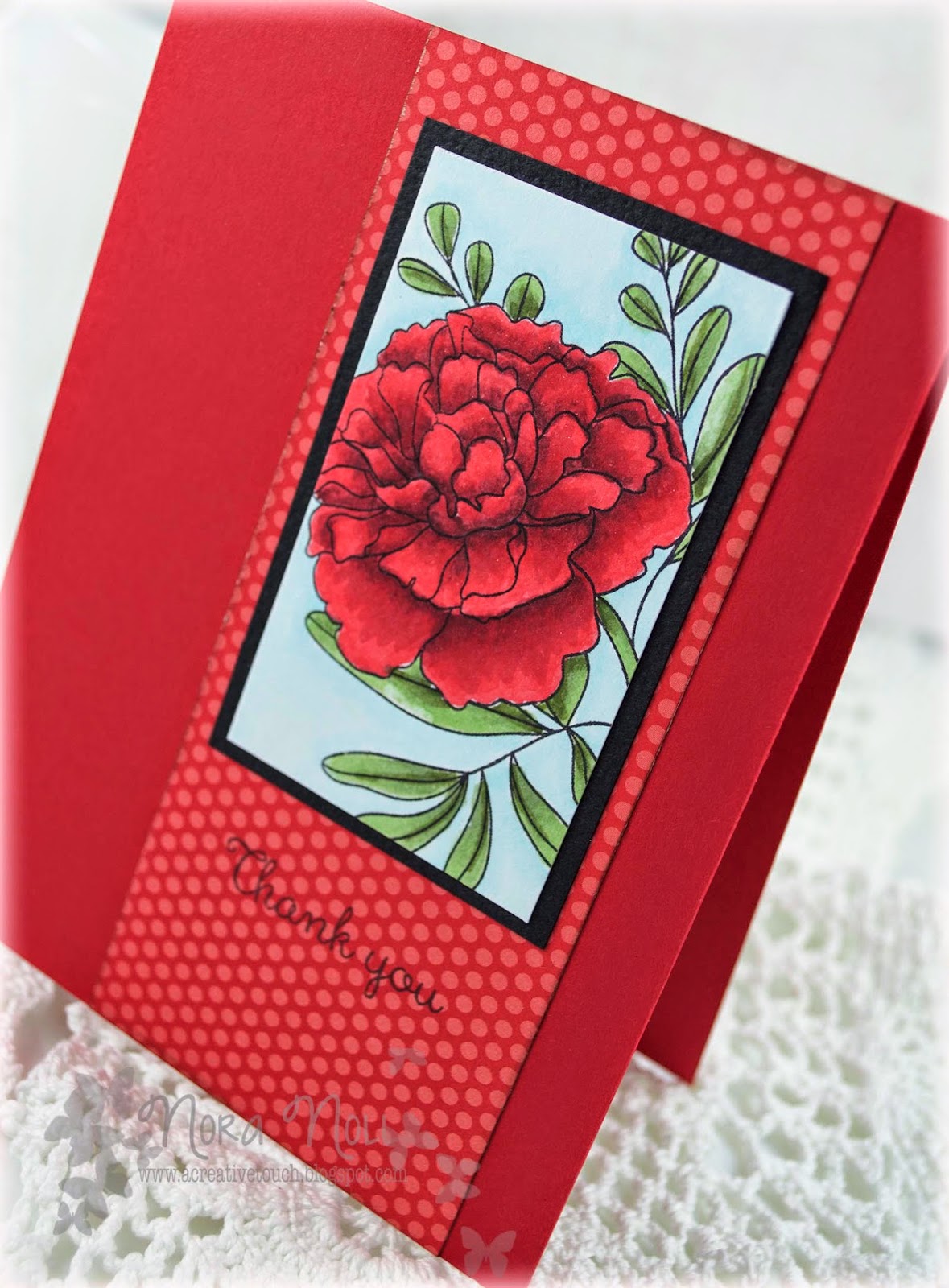 I then layered it over the strip of red patterned paper. My last two steps were to stamp the sentiment and then go over the carnation with a clear Wink of Stella pen.

Two simple but pretty cards for the set, don't you think?

Thank you for taking the time to stop by. Have a great day!