It is time for a new Cupcake Inspiration Challenge. The next two weeks is ANYTHING GOES!!! This time we are being hosted by Di's Digi Stamps. They are giving the lucky winner a prize of 2 Digital Stamps of the winners choice!

I do not own any of Di's Digitals so I decided to do something a little different. Instead of using stamps, I used die cuts on my card. 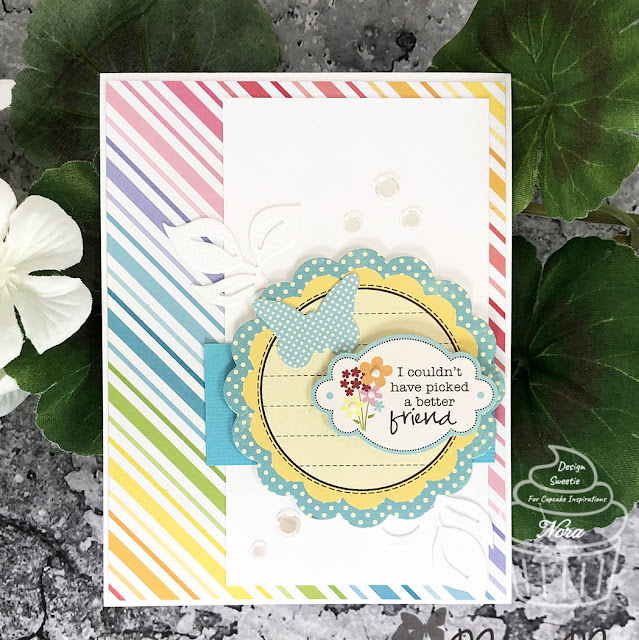 I used to scrapbook and have TONS of pre-made die cuts laying around so I decided to dig through them and use them for a card. 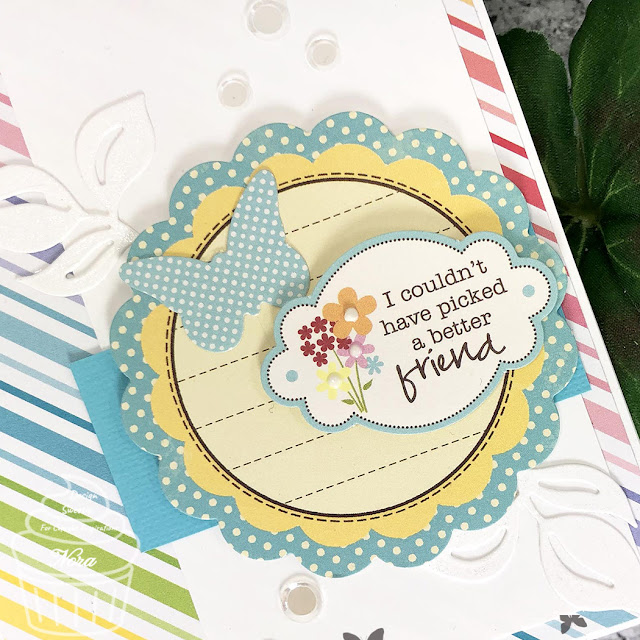 I added some PinkFresh Studio Curvy Leaves dies to die cut white leaves that I tucked under my colorful die cuts. I used a clear sparkle pen to give them a little shine. I even added some *Nuvo Drops in Gloss White to the flowers on the sentiment die cut.
I hope that you will play along with us at Cupcake Inspiration Challenges. I cannot wait to see what you create!!! 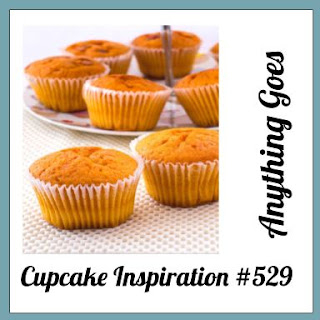 I want to thank you for taking the time to stop by today. Have a FABULOUS day!!

What sweet layers! This is a delightful card, Nora!

What a sunny, terrific greeting, dear Nora. I adore how you used a journaling card as one of your layers here. Great way to stretch our crafty stashes all the more.